Home / WORLD / ‘Priceless’: US students accused of ‘hypocrisy’ as they back diversity quotas… unless it comes to college football team (VIDEO)

‘Priceless’: US students accused of ‘hypocrisy’ as they back diversity quotas… unless it comes to college football team (VIDEO) 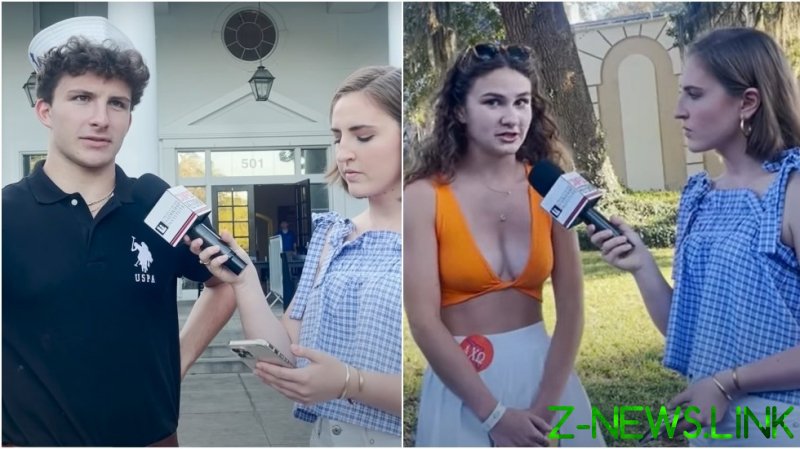 A reporter from conservative news website Campus Reform performed interviews with students on game day as their team took on and eventually lost to Alabama last month, and were asked if they would support diversity quotas some institutions are spending millions of dollars on implementing when applied “in the workplace and the college admissions process”.

At first, in the clip already seen by close to a quarter of a million people, every student surveyed showed a preference for diversity when it comes to making decisions on hiring staff and admissions.

“They should probably have diversity quotas for college admissions and a bunch of other things,” explained one.

“As a first-generation college student from a Hispanic household it’s very important,” stated another.

When the reporter shifted the focus to college sports, however, and whether diversity protocol should be applied to them, there appeared to be a marked difference in attitude among the same students who immediately rejected the notion.

Instead, they cited the need to allow factors such as talent, ability and skill be make or break.

“Obviously, with sports, it’s talent first over anything,” stressed one, as another claimed that quotas in sports teams don’t “make much sense” and “should be based on skill”.

The inconsistency in their opinions was justified through arguments that sports are “different” than general admissions and hiring.

The students were then presented with what would happen if a diversity quota, based on the University of Florida’s own demographics, influenced the Gators’ starting offense and left it without the majority of its current starters while only one black star would remain.

Such a conundrum saw some interviewees questioning the logic that resulted in their initial backing for diversity quotas with one saying: “We’d probably be losing because we recruit based on skill and if we recruited based on diversity we’d probably be worse.”

They were asked if their minds had been changed on diversity quotas “in other sectors like the work place, like college admissions”, and conceded that the comparison was “a good way to open your eyes” and “admit students based on their scores and their academic merit more so than diversity”.

The comments on the YouTube video numbered more than 3,600, with one popular remark reading: “This is priceless. They don’t even realize their hypocrisy until pointed out.”

“The reality is that conversations like these may be the very first time anyone on campus has engaged these students in a simple critical thinking exercise about their beliefs,” said another person.

“That illustrates how politically monolithic campuses are these days. Campuses are often ideological bubbles surrounded by reality.”