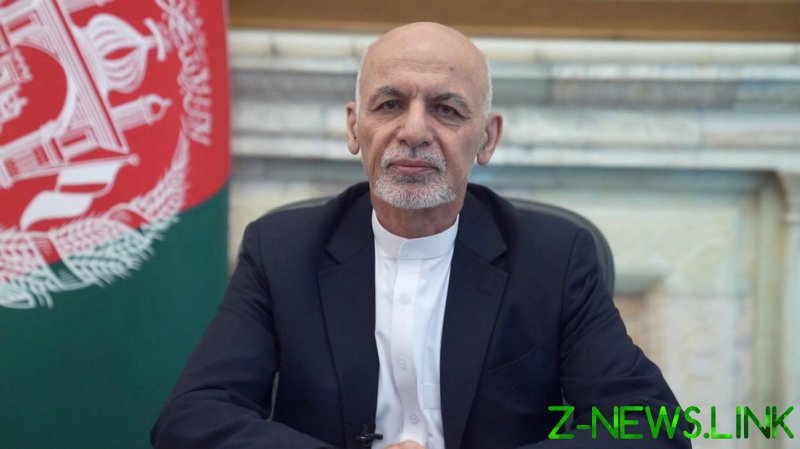 Ghani allegedly fled the Afghan capital on Sunday, following a stunning Taliban offensive that ended at the gates of Kabul. The militants called for negotiations, after claiming they wanted to avoid a battle that could cost civilian lives. The president left the country accompanied by his “close aides,” TOLO, an Afghan news channel, reported, citing two sources familiar with the matter.

The president’s office told the media it could not comment on Ghani’s whereabouts due to security concerns. The Taliban authorities are reportedly attempting to determine whether he is still in the capital.

A source told Russia’s RIA-Novosti news agency that Ghani had fled to Tajikistan and would soon travel from there to a third country.