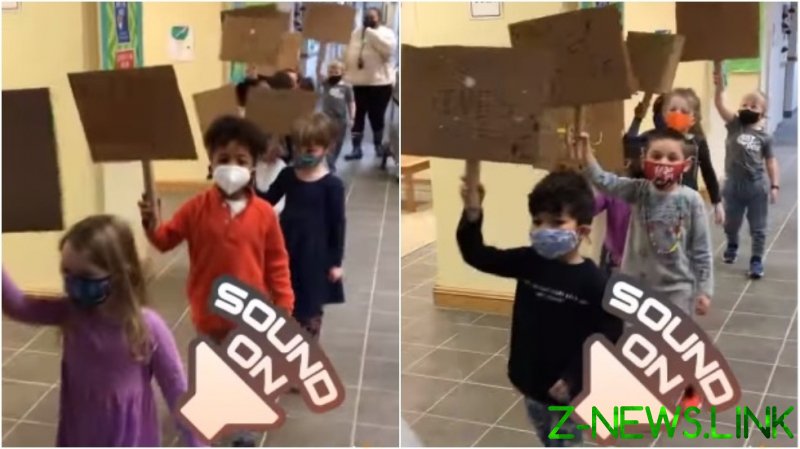 A school in Washington, DC has provoked controversy online by posting a video of its kindergarten students marching with ‘Black Lives Matter’ signs and chanting slogans in support of the cause.

The clip, which was uploaded on Lowell School’s official Instagram page on Saturday, featured more than a dozen kids engaged in the action organized for them by their teachers.

The pupils, who appear to be aged five or six, were carrying handmade cardboard signs that read “Black Lives Matter,” and chanting the same slogan. All of the children in the video were also sporting facemasks.

“SOUND ON to hear our Pre-Primary friends raise their voices,” the caption under the video read.

According to the private school, the young students themselves “asked to create signs and march to show their support” after being “inspired” by what they were taught during the Black Lives Matter at School Week.

Some argued that such class activities were actually sowing division among children, while many suggested that homeschooling was the only way out.