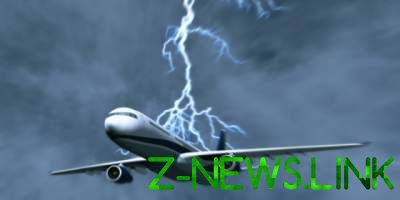 Fortunately, after a lightning strike, the passengers of the plane were not injured.

Videographer under the name Valk Aviation, apparently, and thought how he was lucky when he once again came to shoot the take-off of aircraft at the airport “Schiphol” in Amsterdam. Valk Aviation for several years shooting videos, as the planes take off and land at this airport, and then uploads the videos on your Youtube channel.

This time he decided to make the takeoff of a passenger airliner, Boeing 777-300 message Amsterdam – Lima. When the aircraft is off the ground, he was hit by lightning.

But nothing happened – the ship was flying.

We will remind, in the annexed Sevastopol, on the route No. 7 to the trolleybus was hit by lightning. The trolley was moving along the route, there were passengers. Suddenly there was a flash and the car caught fire in two places – on the roof near the current collectors and in salon where there is electrical equipment.