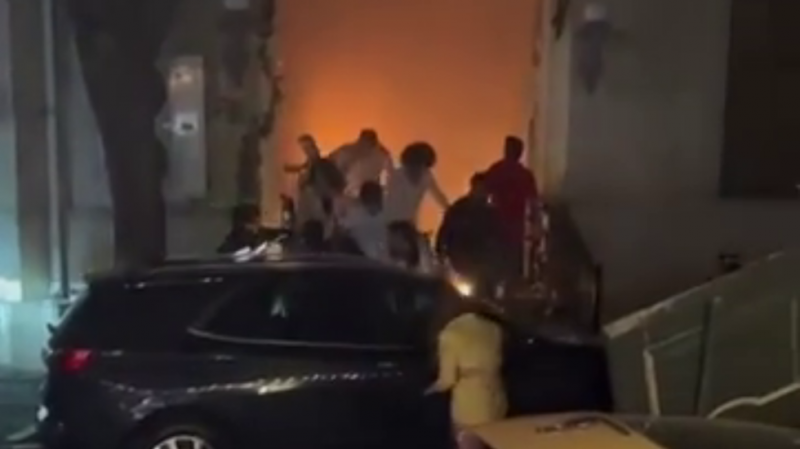 The blast rocked the venue in the center of the capital of Azerbaijan late on Saturday night. According to photos and videos circulating on social media, the explosion was so powerful it completely destroyed the entrance to the club and caused a fire inside.

The health ministry said  24 people were hospitalized with burns and other injuries as of 4:20am local time, with as many as 35 ambulance crews dispatched to tend to the wounded at the scene of the incident.

Authorities so far confirmed one death, but the exact number of victims has yet to be announced. Early reports claimed at least three people had been killed.

Several disturbing videos showed the panic and confusion in the aftermath of the blast, with people fleeing the venue and trying to help each other. Other clips showed police, firefighters and ambulances working at the scene.

The cause of the incident remains unknown, but some media claimed that preliminary data indicated that the blast might have been caused by a gas leak.