Power outages in Louisiana to last A MONTH after Hurricane Ida 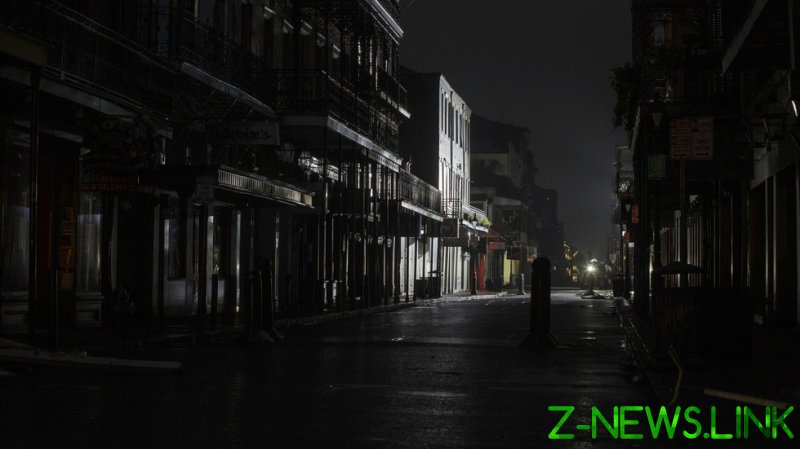 Making landfall in Louisiana as a Category 4 hurricane on Sunday, Ida brought howling 150mph winds, lashing rain, and up to 16 feet of water surging onto the Gulf Coast and up into New Orleans and beyond.

The city’s protective levees, upgraded following the catastrophic losses suffered during Hurricane Katrina in 2005, did their job and saved New Orleans from more severe flooding, but the entire city was left without power due to “catastrophic transmission damage,” per the City of New Orleans Office of Homeland Security and Emergency Preparedness.

Electricity supplier Entergy began assessing damage to the grid on Monday, and discovered that Ida had disabled all eight lines feeding electricity to the city. The company estimated that completely restoring power could take up to a month, according to a Washington Post report.

Outside the city, the wait could be even longer. “There are about 10 parishes that the electrical grids are completely collapsed and damaged, smashed, out, however you want to put it,” Jefferson Parish Emergency Management Director Joe Valiente told NPR on Monday, with ‘Parish’ referring to a Louisiana division equivalent to a ‘county’ elsewhere in the US.

Restoring power to some coastal locations could take up to six weeks, Valiente added. At present, around a million customers are without power in Louisiana, the majority of them served by Entergy.

Photos taken across Louisiana show the challenges faced by technicians in the coming days and weeks, with steel transmission towers lying mangled and useless on the ground. One tower spanning the Mississippi river between the cities of Avondale and Harahan on the outskirts of New Orleans had entirely collapsed, sending the power lines into the muddy waters of the Mississippi below.

With wide-ranging damage still to be surveyed before repairs begin, residents of New Orleans and other Louisiana towns and cities will be relying on generators for some time to come. Even New Orleans’ sewerage board is counting on generators to deliver clean drinking water to the city and clear the streets of storm water.

Governor John Bel Edwards has said that hospitals will have power restored first, as the generators currently providing their electricity will eventually fail otherwise.