Home / Society / Potatoes collected for soldiers ATO, sold in one of Kiev restaurants

Potatoes collected for soldiers ATO, sold in one of Kiev restaurants 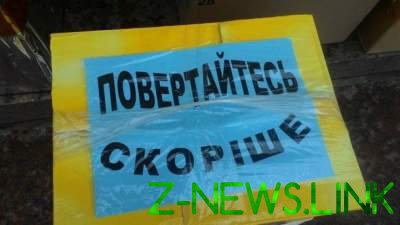 This is evidenced by a note in the bag.

In one of Kyiv’s restaurants brought a bag of potatoes, which were collected by the children with teachers one of the schools in the Rivne region, and it was appointed Ukrainian soldiers in the Donbass.

This was written by the cook of one of restaurants of Kiev Andrey Reston on his page in Facebook, having published the corresponding photos.

According to him, this is evidenced by the note, which was in that bag.

“In the restaurant brought a sack of potatoes. In the menu, this dish is not, but staff is prepared. Visypak and opened it, inside we find rolled into a tube of paper, rewound blue and yellow ribbons. A piece of paper put in a bag, so as not to damage. Unfold it and it’s a note to soldiers in the East,” he said.

Consequently, the man finds that someone has decided instead to send the bag to the destination, left him for their own benefit.

In addition, Andrew Rishton added that the story will be continued because we need to find the ill-fated “entrepreneur”. 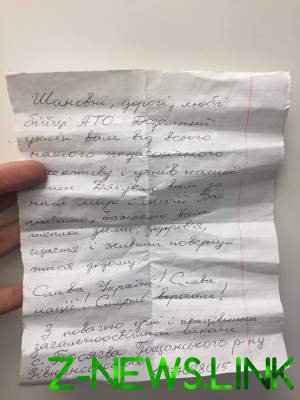