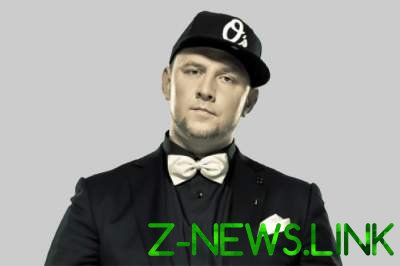 Potapov commented on the film “the Servant of the people-2” and addressed to the actors of the Studio “Quarter-95”.

On the official page in Instagram Ukrainian rapper and producer Alex Potapenko (Potapov) placed a post in which he thanked Vladimir Zelensky and Eugene Mishka and other actors of the Studio “Quarter-95”. and also spoke about their movie.

“Servant of the people” — I love it! Thank You, Quarter! You are the only show that really ordinary people think about our Panah! Vladimir Zelensky and Eugene Mishka and the whole of the 95th!”, — wrote in his microblog of famous artist.

Subscribers Potap shared the opinion of his idol, and poured out his Instagram numerous reviews about the film “the servant of the people-2”:

“Flim duzhe spodobavsya! Thank you!”, “Yes, indeed, good guys went to Kiev and, in particular, on bridges. In the film, Vladimir just said the words the whole city.. since 2004 to build bridges and even to the middle not to walk.. and measures our names only are changed, but man remains the same as the character from the movie”,

“Chic humour! But what do people think, censorship would not allow the air”, “everything Really clearly shows just umnichki. If something has changed in the country would be great. If a regular teacher of Ukrainian language became the President. I think it would be great. Everything changed dramatically”.