Potap and Nastya Kamenskikh was perplexed at the unexpected statement 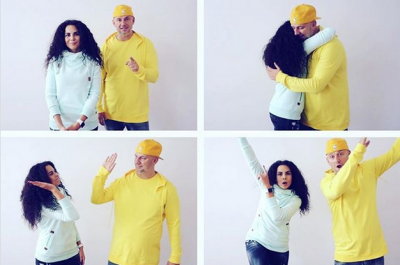 The Duo takes a creative pause.

Ukrainian pop-Duo Alexey Potapenko and Nastya Kamenskih “Potap and Nastya” is temporarily suspending its activities. How long will the so-called pause – at the moment is unknown even by the singers.

About the band members announced to their fans in a short video on the official channel of “Potap and Nastya” in YouTube.

“Guys, we have news for you. We decided that our Duo pause. All the 11 years we gave you a good mood and very very much love,” – said in the video Kamensky.

See also:  The state border service made an important statement about a possible invasion of Russia to Ukraine

In turn, Potapov added that the group over the years have released 5 Studio albums, live-album, concert film and 29 music videos. According to the artist, the Duo has left fans a great legacy.

In the same video Kamensky mentioned that neither she nor Potap today do not know how long pause. However, singers are encouraged to follow the news, because earlier the captain mentioned about wanting something to radically change.

In just a few hours video the network has collected more than 7 000 hits, some users admit that they listened to the Duo since childhood, and will look forward to his return.

The decision to suspend the activities of the group Potap and Nastya also reported on the personal page in Instagram.