Posted the trailer for the release of Forza Motorport 7 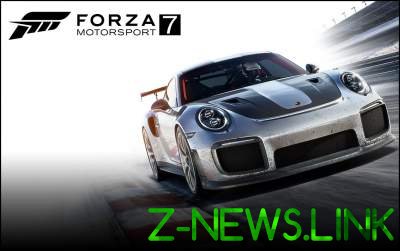 Soon Microsoft will release its next exclusive game for 7 Forza Motorsport from Turn 10 Studios. Naturally, the release can not do without a proper trailer, although there are more good news — the developers have prepared a demo.

The probe is available in the Microsoft store and runs on Xbox One and Windows 10. There you will find three unique the racing “experience” — they provide transport routes and weather conditions. You will visit Dubai with a mountain of Jabel Hafeet, Italy for the Mugello circuit, and Germany with the legendary Nurburgring. Go give the Porsche 911 GT2 RS racing truck Mercedes-Benz Tankpool and Nissan GT-R NISMO LM.

The demo weighs about 23 gigabytes.

Full version Forza Motorsport 7 starting October 3rd for mere mortals and 29 September for owners of the Ultimate Edition. The game will be about 700 cars and more than 30 environments.

However, all this wealth has a downside. The developers have warned that Forza Motorsport 7 is 95 GB. 45 gigabytes will be located on the disk, and another 50 will have to download a patch the first day. You can run the game from physical media, no waiting for downloads, however, for example, single career rasplachivaetsya only after complete installation.

In addition, some of the features Forza Motorsport 7 will not be available during the release of the League, auction, event #Forzathon and more. Instead, the interface cap emblazoned with the words “coming Soon”. Studio Turn 10 is going to include these opportunities on the growth of the audience of the game.

It also means that Turn 10 will support Forza Motorsport 7 long months. So you can count on any free (or not) updates and supplements.