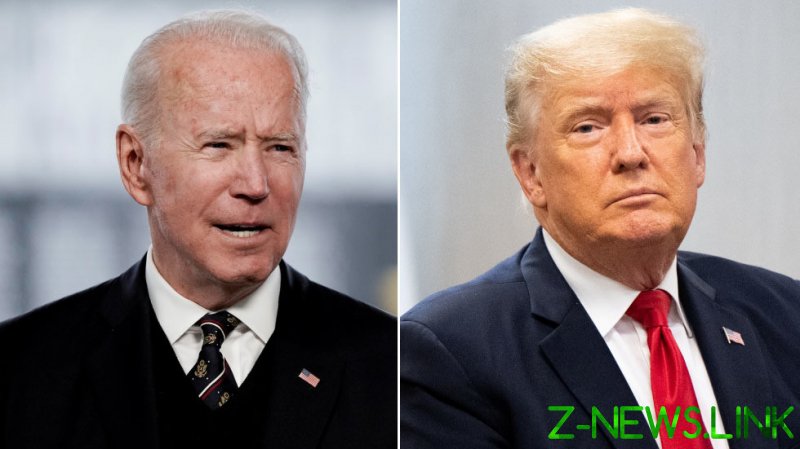 As the latest Centers for Disease Control and Prevention (CDC) guidelines on mask-wearing and reports of numerous “breakthrough” cases of the Covid-19 Delta variant made headlines in American media, one unnamed Biden administration official called the media’s coverage “hyperbolic and, frankly, irresponsible in a way that hardens vaccine hesitancy.” Speaking to CNN on Friday, they claimed that, though people fully vaccinated against Covid-19 can still spread the variant and fall ill from it, “the biggest problem we have is unvaccinated people getting and spreading the virus.”

On Saturday, another unnamed source also complained about the media’s coverage, in a statement to Mediaite, blaming fear-mongering headlines and reports on a desire for views in a post-Trump world.

“News outlets experiencing a quantifiable ratings dip from Trump being gone are being irresponsible for eyeballs, in ways that could diminish the scientifically indisputable case for vaccinations,” the source declared.

Mediaite also confirmed that President Joe Biden’s administration has been reaching out to news outlets in an effort to get them to change their tone on the Delta variant.

After the New York Times reported on an internal Centers for Disease Control (CDC) document on Friday and warned that the Delta variant “may be spread by vaccinated people as easily as the unvaccinated,” White House Covid-19 Response Team member Ben Wakana publicly called out the newspaper.

“Vaccinated people do not transmit the virus at the same rate as unvaccinated people and, if you fail to include that context, you’re doing it wrong,” he responded in capital letters.

Wakana also publicly dressed down the Washington Post on Friday, calling the newspaper’s report, that “vaccinated people made up three-quarters of those infected” in a Massachusetts Covid-19 outbreak, “completely irresponsible.”

“Virtually all hospitalizations and deaths continue to be among the unvaccinated,” Wakana claimed, adding that it was “unreal” for the Washington Post “to not put that in context.”

According to cable news ratings for the first half of 2021, CNN was down by 45% when compared to the previous year, during which Trump was president. Fox News’ ratings fell by 39% without Trump in the White House, while MSNBC’s ratings were down 30%.