Post-Covid, the West needs to reassess how to make social democracy work better 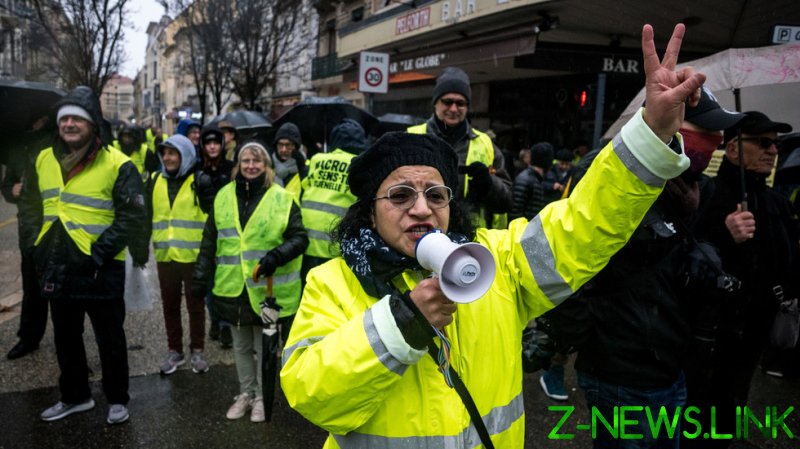 The 2008 banking crisis led citizens in Western democratic countries to massively lose faith in their political systems and their political leaders – especially those for whom the system was clearly not working.

In the UK, they were named ‘the left behind’ in an effort to explain Brexit. And then the election of Donald Trump in the US put the focus onto the rust belt communities, meaning – for the first time in a long while – there were discussions in the USA about class inequality.

In mainland Europe, we saw the massive and underreported gilets jaunes movement in France, where millions of working class people protested in the streets in high-vis jackets for a year. They were rightly concerned that their voices were not being heard by Emmanuelle Macron’s somewhat elite style of leadership.

And even the politics that came out of the pushback on austerity for the poor and tax giveaways in bailouts for the rich, following 2008, lost their way. Despite the rise and subsequent election of Syriza in Greece, and the promise of hope and change, trust was lost and it was ousted from office.

Now we are easing our way out of the pandemic, and daring to contemplate what our ‘new normals’ will look like. After the 18 months we have just had, I believe those of us in Western democracies are also reflecting on those noughties politicians, political decisions, and the societies they were shaping – and asking what it is that we want now?

After World War II, Western democracies threw everything they had into the project of social democracy. They embraced the idea that society had a right to free and open democratic elections, a right to engage in the political system, free speech, access to a free press, and human rights.

They encouraged the idea that there should be safety nets for everyone with regard to social goods, healthcare, housing, and education paid for through Keynesian economics – the belief that governments are best placed to invest in their societies, and that a healthy society for all is a wealthy society for all. This view was somewhat ambitious and optimistic, but it led to a forward-looking Western Europe, and it held together until the 1970s.

As we face new challenges post-Covid, can the concept of social democracy still be seen as the solution to a divided and deeply unequal world? Over the last 40 years, globalisation, deindustrialisation, climate change, and now a global pandemic have shaped our political systems and how populations are treated.

The reality is that governments, states, and global business have become less socially democratic, and rather than further integrate the public into the democratic system, there have been processes of exclusion. For example, complicated bureaucracies favouring nepotism in political parties have become all too common, and people who feel they are not included in the process have given up voting altogether or have become far more erratic in their voting choices.

On too many occasions, this has been described as a malaise within the voting public; that they have given up on social democracy and are looking for something more dangerous. We have seen plenty of hand-wringing on all sides of the political spectrum over the rise of fascism, the far right and right-wing populism, and suggestions that the working class in many Western democracies is becoming more reactionary, and more willing to hand over power to any charming charlatan who comes along.

At the same time – according to the right-wing media – left-wing and communist cults and other monsters are being nurtured amongst the student population in our universities.

This binary, childish narrative lacks any nuance and is doing no one any favours, especially the idea that the seeming failure of social democracy lies directly at the feet of people all over the West who have the least power over their own lives – and that the problem is that people are not voting the right way, not understanding their politicians, or not voting at all.

But here is an alternative suggestion: perhaps the fault lies not with the people, but within our political system?

I haven’t voted since 1997, when I backed the British Labour Party and Tony Blair. From the age of 11 until 27, I had only known a market-driven neo-liberal Conservative government, and so, alongside the rest of my family from a mining town in Nottinghamshire, as soon as I was old enough, I loyally voted for the Labour Party.

We really did need to believe that, in the words of Labour’s 1997 campaign song, ‘Things Can Only Get Better’. Although sceptical, most of the Labour-voting working class were prepared to give Blairism and Third Way New Labour politics a chance – could it actually be any worse?

Could there really be a third way? Could there actually be ‘good capitalism’ that would pay for our schools and hospitals without damaging or exploiting the population? There were many questions during this period – policy hubs and think tanks opened up across Europe looking for that ‘third way social democracy’ to show how capitalism could work for everyone.

The reality is it didn’t. Even though Western European countries such as the UK, the Netherlands, Italy, Spain, and France did raise their investment in social goods during the 1980s, and then again in the noughties, all resisted any attempt to change the system while they could, instead relying on constant capitalist growth in the economy.

In the UK, as quickly as Blairism began to redistribute those enormous profits that were coming of out the financial districts, they disappeared after the 2008 global financial crash. Throughout Western Europe and the US, it has undoubtedly been the working class who have shouldered the greatest burden as a result of the crash – healthcare, education, and social care services have been cut to the bone.

There is also a homelessness crisis and a lack of affordable safe places to live all over the social democratic world, as property in global cities is being used as a safe place to keep investments. The insecurity of both the financial markets and working class means there has been a boom in buy-to-let landlordism, while austerity budgets across Europe and other Western democracies have left society’s weakest diminished in power, recognition, and hope.

And yet that diminished hope has been wrongly misrepresented as the ‘malaise’ that somehow social democracy is at risk.

As most of Europe is unlocking and looking forward tentatively into a very insecure future, we should be asking if social democracy is the right kind of politics to address the great social inequities that have arisen over the past decades. Shouldn’t there be a new consensus?

I would argue that the concept of social democracy is not what is at fault –  theory is always just theory, after all. What is happening is that the state is no longer understood or critiqued. The state is the interconnection of all powerful institutions in any society – government, bureaucracies, institutionalised religion, royal families, heads of state, private finance, and elite dynasties all make up what we consider the state to be.

Over the last 40 years, politicians, social movements, and even sections of the media have forgotten about the entity of the state – that interconnection of power – and instead blamed those at the bottom.

The working class all over Western democracies understand that social democracy is a theory constantly rewritten by government apparatchiks to be whatever they need it to be. But our ‘new normal’ must be less ideological, less theoretical, and it needs to offer substantive change. It shouldn’t be that hard, because we need the same things we always have done – safety from harm meaning less war, affordable housing, good healthcare for all, education that is fair and useful to society, decent standards of living that give dignity to everyone, and to be allowed an active role in our political system.

There is nothing new here; this is what social democracy should provide. But for the working class across Western democracies these are currently being withheld, and that is why it is time for a reset.