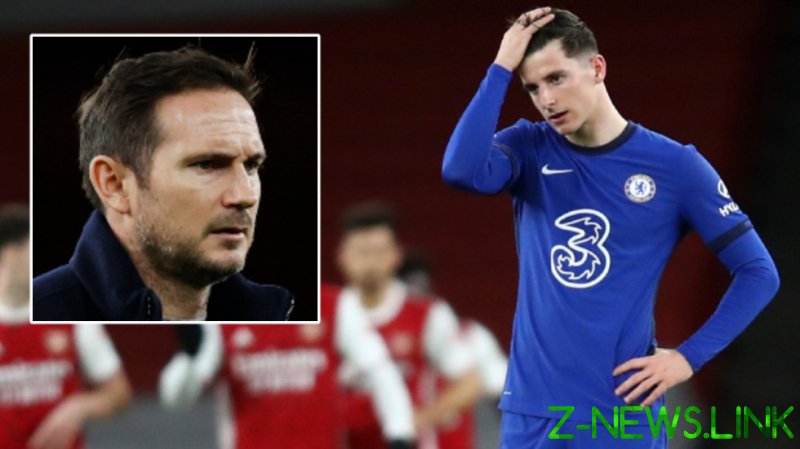 Chelsea had been firm favorites ahead of their visit to an Arsenal side widely considered to be in crisis, offering what many had thought to be a reasonably straightforward chance for the visitors to add to their 3-0 win at home to West Ham on Monday.

The Christmas period has long tended to produce surprises in the English top flight, although few would have expected the talented yet flawed Gunners to win as resoundingly as they did on a dismal day for Chelsea that left a chorus of voices questioning rookie coach Lampard’s approach.

French striker Alexandre Lacazette’s successful 34th-minute penalty need not have troubled Chelsea too much given his side’s dire seven-match winless streak in the league, but their lead was doubled a minute before the break when Switzerland star Granit Xhaka scored a superb free-kick.

Any hopes of a comeback were all-but extinguished when Bukayo Saka curled in an eye-catching third for Arsenal after half-time, with Tammy Abraham’s finish five minutes from time proving nothing more than a consolation after Jorginho compounded the misery by missing a last-gasp penalty.

“I have said for some time that Frank Lampard has been getting an easy pass from the press and the public,” warned one critic, voicing the criticism the Chelsea coach is sure to face after a third defeat in four matches as part of a run of only one win in their last five games.

“I think questions will finally be asked of him – justifiably so – after this horror show.”

After being allowed to spend around $300 million of owner Roman Abramovich’s money this year, the win over West Ham – a side whose place at the right end of the standings has been something of a surprise – was Lampard’s first over a team in the top half of the table this season.

“The first half wasn’t good enough,” said Lampard afterwards. “When you attack a game like we did – attack’s definitely the wrong word – things like the Saka goal happen, because you don’t deserve luck.

Chelsea are now seventh, six points behind leaders Liverpool, who have a game in hand, and with familiar defensive issues back in focus after emphatically failing to build on their first clean sheet in five matches.

“I’m angry because I want us to win games,” admitted a visibly frustrated Lampard. “We gave them a crack from minute one and then we continued to do that for 45 minutes.

“Or do you want to jog and say ‘maybe I don’t have to run.’ We took that decision rather than the right one.”