Home / policy / Posner commented on the detention of Golunova

Posner commented on the detention of Golunova 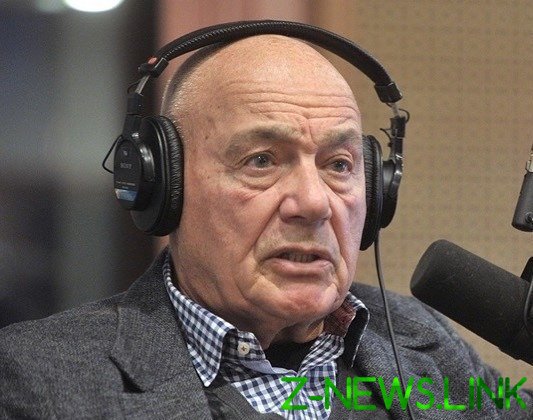 TV presenter Vladimir Pozner has commented on the detention spetskorr “Medusa” Ivan Golunova, a suspect in the production and sale of drugs.

“Unfortunately, I have a rather skeptical attitude to our justice. And the view that he was detained due to the fact that he works in “Medusa”, it probably is. It is a pity that I can Express this assumption” — quoted Posner’s “Ridus”.

The presenter was also supported by colleagues participating in a rally near the building of GU MVD of Moscow on Petrovka, 38.

“I believe that if people are willing to go out on the street to Express their opinion, then it is good. Moreover, you do not need to interfere with the picketers. We must give them the opportunity to speak. In the end, this is one form of freedom of speech, so I support the aspirations of these people, of course, without violating the law,” said Posner.

See also:  "The wall of Yatsenyuk": NABOO allow for a new detention

We will remind, against Ivan Golunova has opened a criminal case under part 30 of article 228.1 of the criminal code of Russian Federation (“Attempt at illegal production, sale or shipment of narcotic drugs”). “Medusa” bind Golunova persecution with his professional activities.

Earlier in GU MVD in Moscow found that only one out of nine published on their website photos taken in the apartment Golunova. The rest of the photos taken during the operational activities “to curb the activities of groups of individuals involved in the sale of drugs in the Moscow region on which to verify the detainee”.

See also:  Irkutsk businessmen came to the rally because of non-payment of compensation for flooding