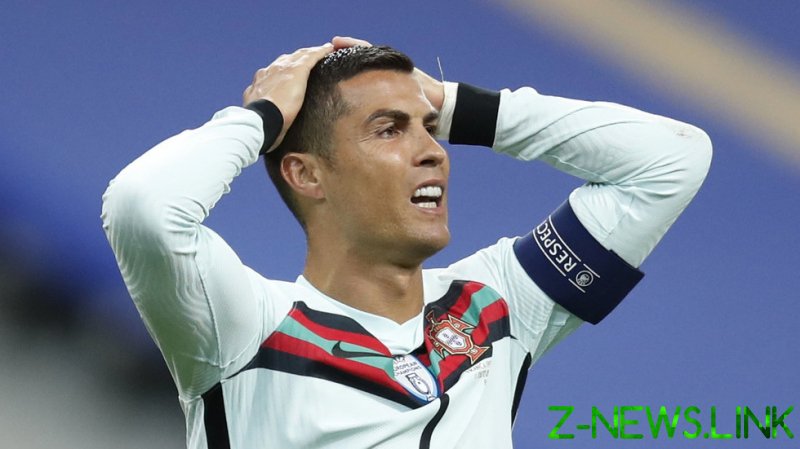 The Juventus star, 35, is currently on national team duty with Portugal and played the full 90 minutes in the UEFA Nations League game against France in Paris on Sunday.

Ronaldo had been preparing for Portugal’s Nations League match with Sweden in Lisbon on Wednesday, but has now left the team’s training camp to enter a period of self-isolation.

The Portuguese captain is not showing any symptoms, and is the only player in the squad to have tested positive for the virus, according to the federation. 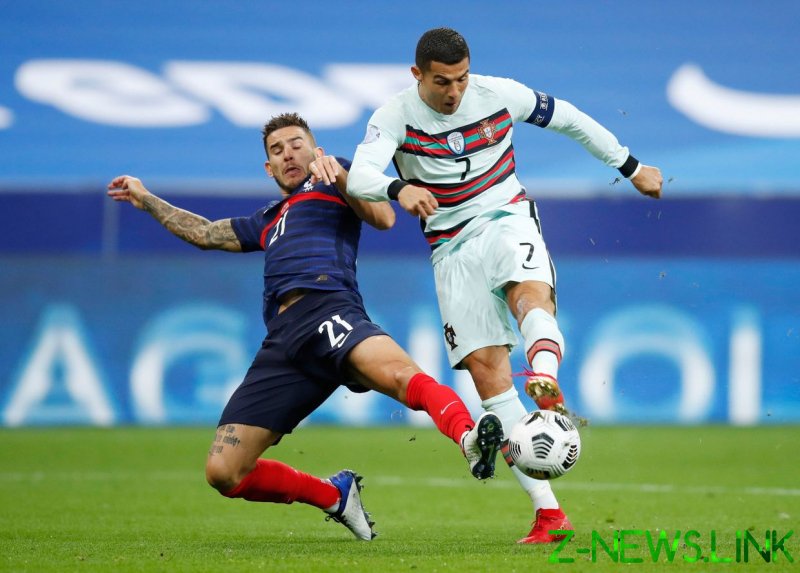 Ronaldo played the duration of the draw against France. © Reuters

Ronaldo, a five-time Ballon d’Or winner and widely considered among the greatest footballers of all time, is the highest-profile sports star to contract the illness which continues to sweep the world.

The striker has made 167 appearances for his country, scoring 101 times – putting him within reach of the record international tally of 109 held by former Iran forward Ali Daei.

Ronaldo played 90 minutes in Portugal’s 0-0 draw with France in Paris on Sunday, in which he was seen in close contact with PSG star Kylian Mbappe. He also gave his shirt to 17-year-old Rennes sensation Eduardo Camavinga.

On Monday, the Portugal skipper shared a picture with his 240 million Instagram followers of himself and his teammates at dinner together. 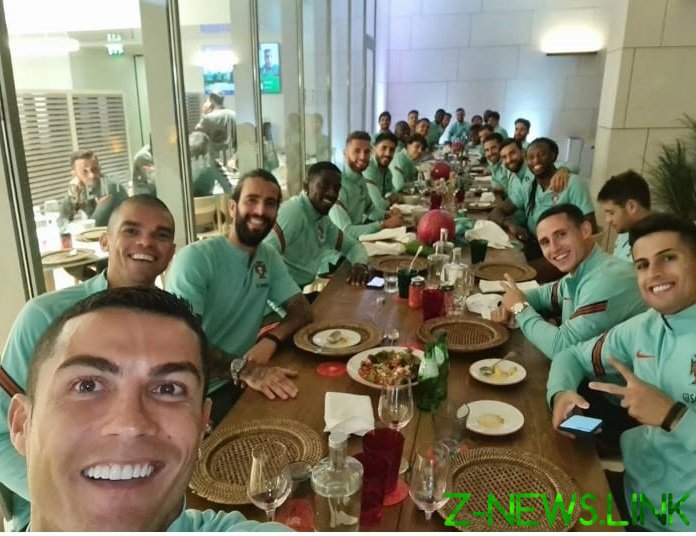 Former England international Gary Lineker was among those to wish the forward well on social media, saying he is “sure he’ll see it off as comfortably as he does defenders.”

Fans also took to Twitter to send the 35-year-old get well soon messages, while one wrote: “This is why international break shouldn’t be happening during these times.”

Ronaldo will naturally be a big miss for Portugal in their clash with Sweden and must now self-isolate, which will at least rule him out for Juventus’ games against Crotone on Saturday and Dynamo Kyiv in the Champions League next Tuesday.

Juve also play Verona on October 25 before a crunch clash with Lionel Messi’s Barcelona in the UEFA Champions League on October 28.