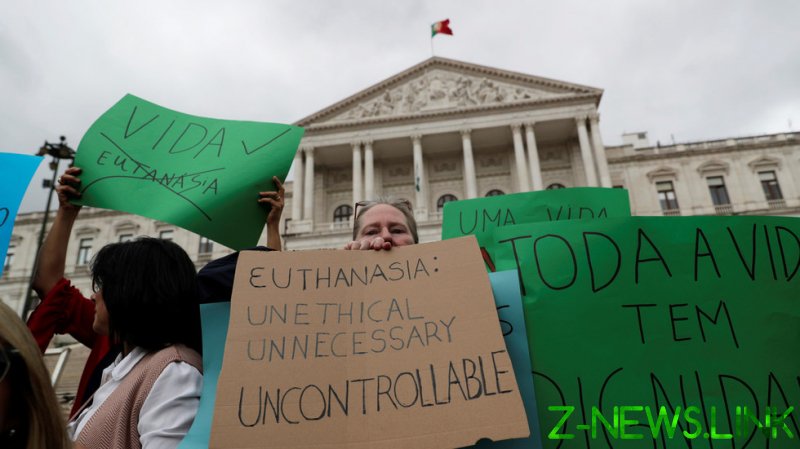 Seven out of the top court’s panel of 12 judges, including the head of the Constitutional Court Joao Caupers, voted against approving the legislation on Monday.

Caupers pointed out that the conditions under which medically-assisted death stops being a punishable offense must be “clear, precise, predictable and controllable” – a bar the court said the legislation had failed to reach.

In late January, the Portuguese parliament passed a bill to allow people over 18 to ask for assistance in dying if they were terminally-ill and suffered from “lasting” and “unbearable” pain, while also being deemed mentally fit to be able to make a conscious decision on euthanasia.

In their decision, the judges effectively agreed with the country’s President Marcelo Rebelo, who had forwarded the legislation to the constitutional court for review due to it containing what he called “excessively undefined concepts.”

However, the ruling doesn’t mean that the door to euthanasia has been shut completely in Portugal. MPs now have the opportunity to rework the bill to address the concerns of the Constitutional Court and present it to the president again.

In his comments on Monday, Judge Caupers also pointed out that “the right to live can’t be transformed into a duty to live under any circumstances,” expressing belief that there are ways to overcome the court’s objections through legislative and political means.