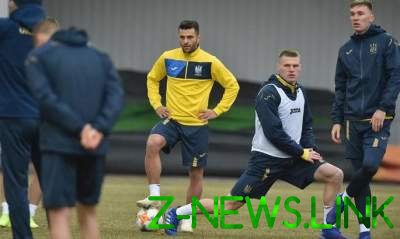 The football Federation of Portugal wants to win the match with Ukraine in the offices of FIFA.

Last week in the first match selection for Euro 2020 Portugal and Ukraine in Lisbon painted a goalless draw. In that match in the visitors in the second half on the field came a naturalized Brazilian striker “Shakhtar” Junior Moraes, who officially became a citizen of Ukraine a few days before the start of the qualification for the European championship.

See also:  In the state statistics service said, how much does Ukraine owe for gas

As reports the edition “Mais Futebol”, football Federation of Portugal believe that Ukraine naturalized Moraes in violation of the rules because the player is not lived in the country for five continuous years.

Moraes June 2012 played in Metalurh Donetsk, then in the summer of 2015 as a free agent moved to Kiev “Dynamo”. In February 2017 the capital club sent the newly minted Ukrainian in the semi-annual rent in Chinese “Tianjin Ted”. Thus, Moraes continuously worked in Ukraine for 4 years and 8 months.

See also:  When and how Ukraine will transfer clock to winter time

With the filing of the football Federation of Portugal, lawyer Nogueira da Rocha intends to make a request to FIFA regarding the naturalization of Moraes.

If FIFA detects irregularities in naturalization Junior Moraes, the team can get a technical defeat in the matches against Portugal (0:0) and Luxembourg (2:1).