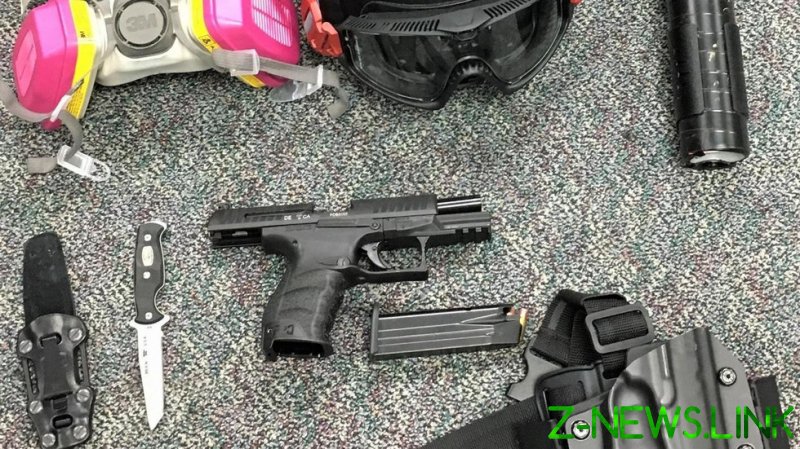 Law enforcement intervened in a march on Friday when a group of demonstrators began breaking windows in the downtown area. Officers responded by establishing a perimeter around the crowd and announcing that the protesters were being detained.

According to the Portland Police Bureau (PPB), some of the demonstrators refused to comply and locked arms in an attempt to prevent officers from carrying out their orders. Around 100 people were identified and photographed as part of an investigation into the criminal activity, before being released.

Officers discovered a variety of weapons left behind by protesters inside the perimeter, including a crowbar, hammers, bear spray, a high-impact slingshot, and knives. 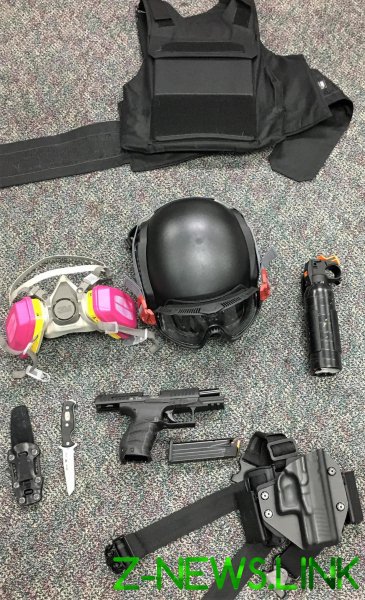 Meanwhile, a group of demonstrators gathered outside the perimeter and began threatening officers. Some reportedly threw rocks and full cans of beer at the police. Law enforcement personnel responded by deploying pepper spray and firing one impact munition. Several people were arrested, including two suspects who were carrying firearms. In a press release, PPB listed 13 individuals charged with crimes ranging from unlawful possession of a firearm to attempted assault against an officer.

The arrests came a day after dozens of black-clad activists clashed with federal agents on Thursday night outside the Mark Hatfield Federal Courthouse in central Portland.

The Oregon city has been the site of regular protests, many of them descending into violence. The unrest began following the death of George Floyd at the hands of the Minneapolis police in May. Ongoing unrest in the city has garnered national headlines and prompted then-President Donald Trump to condemn local officials for allowing “anarchists” to spread lawlessness.