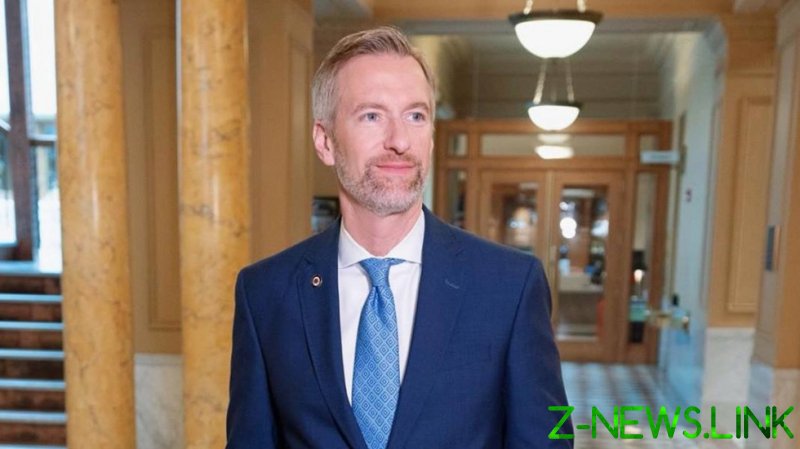 The confrontation unfolded as Wheeler attempted to leave Portland’s McMenamins pub on Sunday night, where he was joined by former mayor Sam Adams. When the mayor headed for his car, he said a man – who was himself without a mask – accosted him, claiming he had photographed Wheeler as he ate and insisting he violated the city’s coronavirus guidelines, which require face masks to be worn in public.

“I attempted to get closer to my car and get into it. He came closer. He had no face mask on and got within a foot or two of my face while he was videoing me,” Wheeler told police, according to a report obtained by the Oregonian, adding that he then became “imminently concerned” for his safety.

Wheeler said that he had warned the man he would spray him before doing so, though audio of the incident taken by Adams and obtained by a local news outlet did not capture this, as the exchange was briefly interrupted by a rustling noise in the recording. After spraying the man, the mayor said he “threw a full water bottle towards him so that he could wash out his eyes” and then immediately left the scene. Wheeler told police he did not recognize the man, who he described as a white male in his 40s.

The mayor’s critics soon caught wind of the altercation, some arguing the unmasked heckler was merely “calling [him] out” for “going out every night during a pandemic,” while another detractor suggested Wheeler deployed his pepper spray “unlawfully” and that his response “would not be tolerated if he were a bus driver, teacher, grocer, etc.”

A spokesman for the mayor, Tim Becker, declined to answer questions about the pepper-spraying on Monday, saying only that Wheeler “is cooperating with the police investigation and encourages others involved to do the same.”

While it is unclear whether Wheeler’s accuser had any political affiliations, the mayor has been repeatedly accosted by local left-wing activists in recent months, who have gathered around his apartment multiple times to protest over the city’s response to a series of chaotic police-brutality demonstrations that kicked off last May. Earlier this month, the mayor vowed to “push back” against violent political groups, citing “radical Antifa” factions and “anarchists” in particular.