Home / auto / Porsche may prohibit the resale of cars

Porsche may prohibit the resale of cars 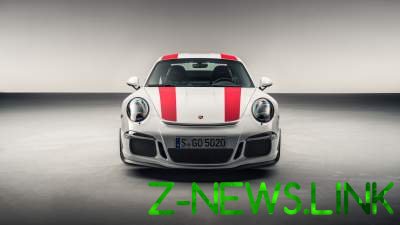 The company wants to deal with speculators.

Porsche intends to take measures to ensure that their customers do not suffer from the enterprising speculators, resale cars limited edition.

Porsche CEO Oliver Blum called the problem a situation where speculators buy cars, limited series, and then resell them for big money. With this the company intends to fight and is already pursuing various options how to sell special sports cars to those who really appreciate them, and not considering the car as a means to quick money.

“We are keen to sell cars to drivers and not businessmen – Blum said in an interview with Autocar. We have so much love to put into our models and want them ridden, not kept in the garage.”

One of the solutions to the problem deals with a prohibition on resale cars limited edition during a certain period after purchase of the car.

In recent years, Porsche has released a few models that got everyone to buy them, which led to higher prices on the secondary market. For example, it was with the Boxster Spyder and Cayman GT4. Another example seems to be not limited, but also quite rare 911 GT3 and GT3 RS.

See also:  It became known, what will be the new Porsche Cayenne

And what can we say about the limited edition 911 R, which for several weeks has risen significantly compared to the base price.