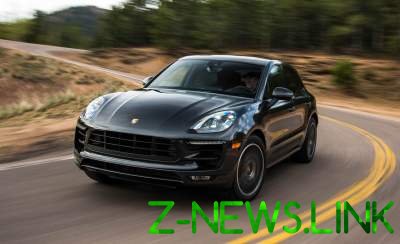 The experts have tested on the roads of the updated version of the compact crossover Porsche Macan this year.

However, they concluded that the car may this year to enter the rating of the best representatives of their class.

The vehicle has received a power unit that generates 252 horsepower. The price of this car is around $ 50,000.

A new version of the Porsche Macan current year is equipped with a standard two-liter four-cylinder power unit with turbocharging, capable of generating 252 horsepower.

This powerplant is used in some Audi vehicles. The top version has got a powertrain V-6 twin-turbo, generating 360 horsepower.

Crossover gave the air suspension, as well as twenty car tires. It makes the car more agile while riding.

See also:  Named the place of Ukraine in the world rating "bezveze"

Among the disadvantages of an updated version of the Porsche Macan this year we can highlight the presence is not particularly large cargo space.

Meanwhile, in General, after the tests, the experts concluded that it is in the top ten of the best representatives of the modern class of compact SUVs. The vehicle is ideal for driving in urban conditions and off-road.