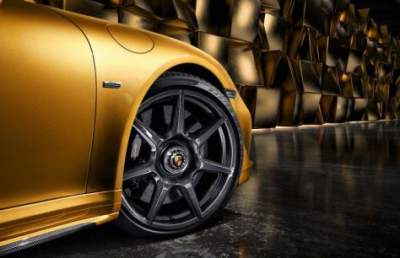 The “Golden” Porsche will be ready by August 24.

As you know, the famous car manufacturers in the premium segment never disdain the small-scale production “special” car based on classic versions. At this time, the famous car brand Porsche has decided to release the 911-series “gold”.

It is reported that in this case we are talking about a single copy. The base name of the autonovelties translates to English as “Golden project” (Project Gold).

The car is still in the development stage. However, the automaker says that the “Golden” Porsche will be ready by August 24. This project was originally conceived to year anniversary of the company.

The 911 series is taken as a basis. However, as stated by the developers, this is only a “wrapper”. Inside the machine is completely transformed.

The company announced a phased introduction with the new product. Periodically open up individual elements of construction and design.