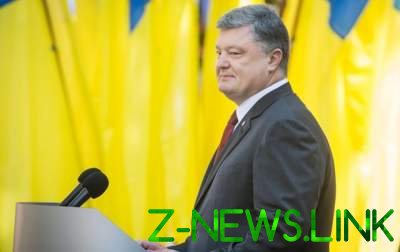 Visits will take place from 31 October to 2 November.

President Petro Poroshenko on 31 October will pay an official visit to the Kingdom of Saudi Arabia, and on November 1 will fly to the United Arab Emirates. This was reported on the official website of the President.

As noted, the program of the visit – negotiations of the President of Ukraine with the leadership of Saudi Arabia – king Salman bin Abdulaziz al Saud and the crown Prince, Deputy Prime Minister, defence Minister Mohammad bin Salman al Saud, as well as meeting with the Minister of energy, industry and mineral resources of the Kingdom Khalid bin Abdulaziz al-Valicom.

See also:  It became known, why Yatsenyuk flies to the US

“During the meetings will discuss questions of bilateral investment, trade-economic and military-technical cooperation”, – stated in the message.

See also:  Ukrainians in Russia have offered to vote in the neighboring countries

“It is planned to discuss a wide range of issues of bilateral cooperation in political, security and investment spheres,” – said the President.