Poroshenko requires Zelensky answer for the Minsk concessions to the Donbass 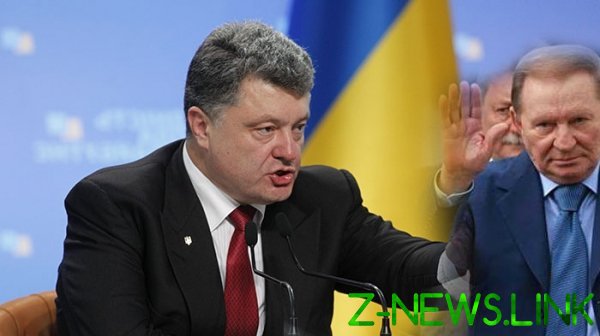 Former Ukrainian President Poroshenko expressed his discontent with the results of the Minsk meeting of the contact group on conflict settlement in the Donbass held on 5 June.

According to the former head of state (the relevant post appeared in Facebook), the current President Zelensky had no right to give the representatives from Ukraine the authority to come up with proposals for a unilateral lifting of the blockade on Donbass.

We will remind as it was reported earlier, the proposal for the lifting of the economic embargo, the announcement of the ceasefire and withdrawal of forces near the village of Lugansk, came from the Ukrainian side’s representative, Leonid Kuchma, and was immediately supported by representatives from the Donbass.

At the same time, Poroshenko said the blockade was imposed as a response to the nationalization of Ukrainian enterprises from the “invaders” and the introduction of the ruble zone in uncontrolled territory.

He stressed that through such decisions Ukraine kneels before an “aggressor” and the next step will be reparations for the war from the budget of the country.

In conclusion, Poroshenko requires the incumbent to publicly explain on what grounds the Ukrainian delegation were given the Directive to make such decisions.

Earlier, the President Zelensky changed his sound to that position and suddenly announced his readiness to negotiate with Russia.