Poroshenko proposed to hold a debate with Zelensky in three stages 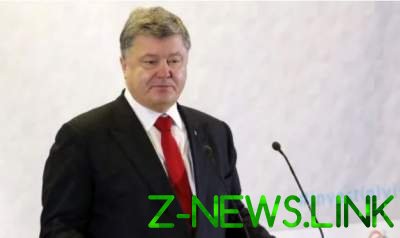 After the tests in the Olympic NSC, the President stated the need for debate and suggested topics.

The President of Ukraine Petro Poroshenko has called for holding three debates with his opponent Vladimir Zelensky. He stated Friday, April 5, after the tests in the infirmary at the stadium NSK Olympic.

“I am very pleased that Vladimir Zelensky finally accepted my offer on the debate. This is absolutely necessary because it’s not a show, it’s not a performance, it is the right of Ukrainian citizens to obtain full and comprehensive information about programs, plans, candidates have an opportunity to ask questions and get the answer,” said Poroshenko.

See also:  Spaniards expelled from their territory the Ambassador of the DPRK

He also noted that he would like to spend three stages of the debate on such topics:

– the position of the Supreme commander for the programme of strengthening defence and security;

– for the protection of constitutional rights and freedoms of citizens.

This Poroshenko added that he wants to hold a debate as soon as possible.

See also:  Visit of Petro Poroshenko to Washington is postponed

“You need to stop the exchange of ideas through social networks and to give the Ukrainians themselves to decide on their sympathies” – summed Poroshenko.