Poroshenko meets with the team BPP 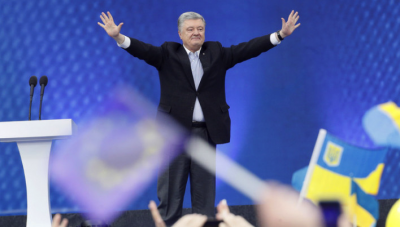 Poroshenko will talk with the team about the future of political power.

Current President Petro Poroshenko holds a closed meeting with the deputies and Ministers, which delegated to the government party BPP.

At the meeting Poroshenko will speak with the team about the future of the political forces and the position of the party to the next President.

In addition to deputies to the meeting invited all Ministers from the MFP including the Prime Minister.

See also:  Medvedchuk came out of the negotiations on the Donbass

Of the number of officials journalists noticed only the Minister of energy and coal industry Igor Nasalik.

In the comments pack Nosalik said he was ready to write a letter of resignation from the Cabinet, if so decided by the President.

According to a close source from the entourage of the President, the meeting 95 deputies, among the Ministers: Ivanna klympush-Tsintsadze, Stepan Poltorak, Irina Friz, Yuriy stets, Oksana Markarova, the Prime Minister Volodymyr Groysman and first Deputy speaker Irina Gerashchenko.

See also:  Poroshenko said the number of Russian troops in the Donbas