Home / policy / Poroshenko: law on national security was supported by all partners of Ukraine in NATO

Poroshenko: law on national security was supported by all partners of Ukraine in NATO 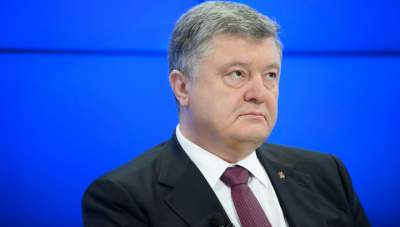 A new national security act is supported by all partners of Ukraine and the transatlantic Alliance.

This was written by the President of Petro Poroshenko on his page in Facebook.

“The law “On national security of Ukraine” establishes the strategy for reforming the defense sector of our country. He received extremely high scores and the support of our NATO partners,” – said the President.

The Verkhovna Rada adopted the President the law “On national security of Ukraine” on June 21. For a decision voted 248 deputies.

President Petro Poroshenko has signed the law on July 5.

On 8 July a new law “On national security” entered into force.

The law determines the foundations and principles on national security and defence objectives and main principles of state policy that will ensure the society and every citizen protection from threats.

In particular, it clarified the powers of the President regarding the strategic management of the National guard, through the General staff of the armed forces during martial law.

The law stipulates that the Minister of defence and his deputies shall be appointed from among civilians, and also provides for separation of positions of chief of staff and commander of the Armed forces of Ukraine.

So, the chief of the APU shall be appointed and dismissed by the President on the recommendation of the Minister of defense, who obeys.

The law also introduces the reform of law enforcement agencies in accordance with NATO standards. In particular, changing the status of security – now it is an ad hoc body with law enforcement functions. The main tasks of the SBU identified the combating of intelligence and subversive activities against Ukraine, counter-terrorism, counter-intelligence protection of the state sovereignty, constitutional order and territorial integrity, defense and scientific-technical potential and the like.

At the same time, beyond the powers of the security service rendered on functions for investigation of economic crimes.

The law provides for financial security sector security and defense. So, the related expenditures should be at least 5% of the planned GDP, of which 3% will be allocated to the APU.

In addition, the law introduces democratic civilian control over the security sector and defense, in particular from the Parliament and civil society.