Poroshenko complained on the media 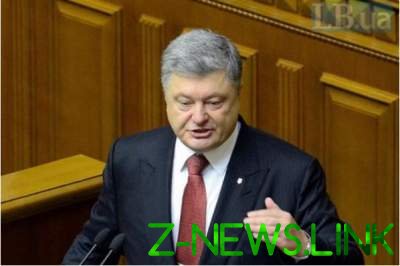 The President explained why he travels to the regions to cut ribbons.

President Petro Poroshenko complained that the media are reluctant to write about the positive changes in the country.

He stated this at the regional development Council, which met in Kiev on Tuesday.

“Our information field, unfortunately, a bit focused on the negative. Sometimes, to the positive event announced on the air, the ribbon need to cut by a senior official, otherwise the event was just silent. And even I can’t always help. I want to give you an example: recently I was in one of the Western regions was opened by a pretty big company, thousands and thousands of jobs. For the two Central channels was not interested. And I was told that they didn’t mention it in the story and it turned out that from the point of view of editors that would be advertising. And the investor, which creates thousands of jobs, needs for this is to pay,” he said.

Recall that three weeks ago, Poroshenko was accused of tradefirst Public Council of integrity, who are dissatisfied with the candidates to the Supreme Court.