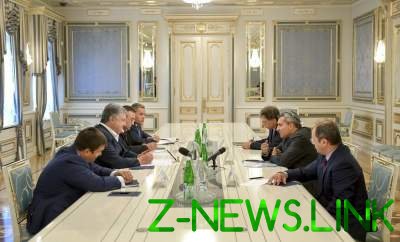 Also, the parties want to sign a free trade agreement.

Petro Poroshenko at the meeting with the Minister of environment, Minister of Jerusalem Affairs and heritage of the state of Israel Zeev Elkin called upon to resolve existing difficulties with admission to Israeli territory Ukrainian citizens, the press service of the President of Ukraine.

Poroshenko expressed concern about the facts of non-admission of Ukrainian citizens to the territory of Israel, despite the existence of visa-free travel for citizens of both countries. He urged the Israeli side to take all possible measures to improve the situation.

The President also discussed with the Minister, who is the co-chair of the Israeli part of the Joint Ukrainian-Israeli Commission on trade and economic cooperation, the results of its recent meeting which took place in June.