Home / policy / Poroshenko announced the Congress of the BPP

Poroshenko announced the Congress of the BPP 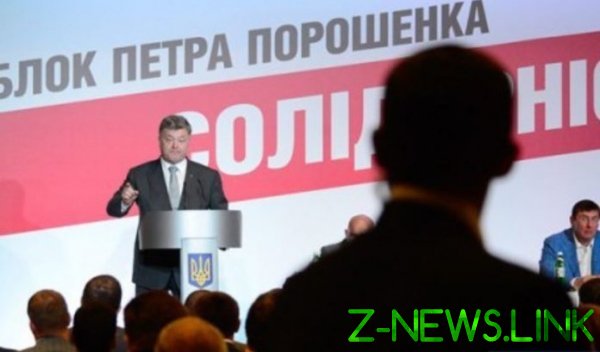 The party plans to change the name and leadership.

Party “Petro Poroshenko Bloc — Solidarity” will hold a Congress on may 31.

This was announced by the former President of Petro Poroshenko on the forum “spilna Sprava” community in Kiev.

“I’m here to hear your thoughts. And at a great Congress to be held on 31 may, I really hope most of the views that will be expressed today in the debate, just enter the programme documents of the updated party, your party,” he said.

According to Poroshenko, at the Congress of the planned major update of the BPP.

“Our political force made a clear decision from the first seconds: we go to the polls, take part in the elections and must win there,” said Poroshenko.

Recall that the Congress Poroshenko can officially lead the party, which will be based on the BPP.

Now the leader of the “BPP “Solidarity” is formally the mayor of Kiev Vitali Klitschko, but in fact the party has no leader. Klitschko became its head in August 2015 to the detriment of their own political force “BLOW”. In the spring of 2016 Klitschko has announced his intention to leave the party post because of the new law on civil service. Officials “A” category, which applies to Klitschko, now it is forbidden to combine work in the Executive branch with membership in the party.