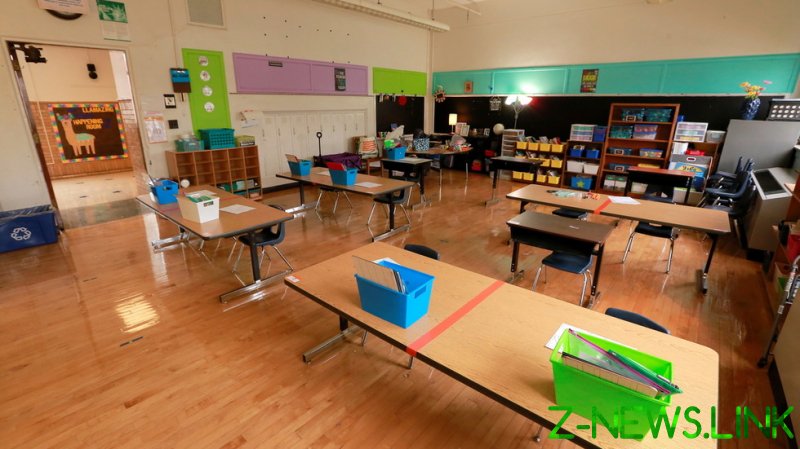 “Hey, how come sometimes my penis gets big sometimes and points in the air?” a little boy asks in the cartoon, later adding that he touches himself “because it feels good.”

Similarly, a young girl later inquires about touching her “vulva.”

“Literally parents are supposed to say to their kids, May I hug you?” one parent said, according to the Post.

“I’m paying $50,000 to these a**holes to tell my kid not to let her grandfather hug her when he sees her?” an unidentified mother added.

Other parents said they were “furious” and Fonte should not be teaching young children, nor had she ever received consent from parents for her “sexually explicit” lessons.

Details about Fonte’s lessons have now angered far more than just parents of Dalton students, with some even arguing her work could be considered pedophilia.

“In my opinion, she should have to register as a sex offender. This is worse than woke – it’s pedophilic,” conservative author Candace Owens tweeted in reaction to the report on Dalton.

Dr. William M. Donohue, Columbia’s head of school, eventually sent an email to parents apologizing for the course and ensuring them that it does not “represent our philosophy.”

“It was unfortunate that we did not better inform ourselves of the speaker’s specific content in advance,” he said. “In this case, the speaker did not align with our unique CGPS mission and for this, I apologize.”