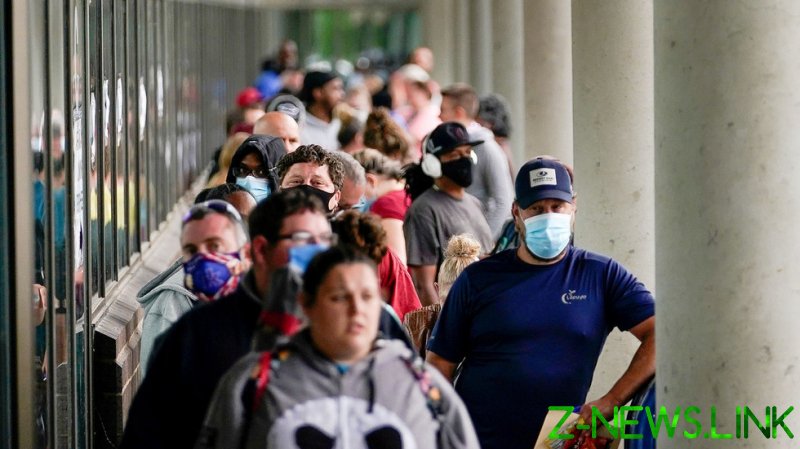 At over 5,500 pages (around twice the length of the previous longest bill, passed in 1986), the bill has passed both House and Senate without being read by the vast majority of those voting in favor. Congressional leaders took the must-pass nature of the $900 billion package of long-overdue Covid-19 assistance as a green light to lard the attached $1.4 trillion ‘omnibus’ bill with controversial legislation that would never pass otherwise. Some of this has already been revealed, to the horror of the American people.

The spurious add-ons aren’t the typical harmless-yet-ridiculous pork one finds in some mega-bills, either. One disturbing section dramatically expands copyright law to the point that anyone caught in “unauthorized streaming” of copyrighted content more than once could face 10 years in prison – even if they didn’t know the content was protected.

In an unconscionable giveaway to major entertainment conglomerates, the bill creates a new “copyright claims court” to further skew copyright law against independent content creators, who already face frequent content takedowns on YouTube and other platforms for what is technically (and legally) “fair use.” This court will be staffed with taxpayer-funded attorneys, who – the bill specifies – can only be paid as much as the highest-paid senior federal employee. That’s a relief!

Coupled with last year’s dramatic expansion of what counts as ‘copyrighted material’ in Europe, which could potentially criminalize even reaction GIFs and memes, the move is an assault on artists and ordinary internet users alike at a time when people have been presented with no choice but to live their lives online.

Adding insult to injury, the bloated aid package will lavish Israel with a whopping $3.8 billion in grants and foreign aid – much of it earmarked for purchasing weapons frequently used to violate international law – and dump hundreds of millions more on such paragons of human rights as Egypt and Sudan.

Americans, meanwhile, get a pitiful $600 each as many states remain economically shut down with no end to the ‘new normal’ in sight. The eviction moratorium that was set to expire at the end of the month has been extended to the end of January, staving off the flood of destitute Americans into the streets for another month. While $25 billion has been set aside for rental assistance, that’s just over a third of what Americans owe, and the procedure for accessing that money is (perhaps deliberately) complex.

The porkstravaganza isn’t entirely evil, of course. Many of the provisions merely represent garden-variety greed and venality ($193.4 million for HIV/AIDS relief workers to buy and insure “official motor vehicles,”  the foundation of a ‘Horseracing Integrity and Safety Authority’) while others are just baffling (the creation of an educational campaign warning people not to store portable fuel containers near an open flame). There’s $325 billion in small business aid – for those businesses that haven’t closed their doors for good yet – and $15 billion for those cultural venues that have been lucky enough to hang on. But the overall tenor of the legislation is, as the hive-mind of Twitter put it earlier this week, “let them eat cake” – and the cake has already been left out in the sun for a few days.

Nevertheless, many Americans, driven to desperation by nearly 10 months of grinding government-enforced poverty, are willing to embrace the bill solely because of the blink-and-you’ll-miss-it $600 payment. Worse, they’re attacking those few members of Congress who had the spine to vote against this phone-book-sized insult masquerading as a relief bill. Congress is supposed to have 72 hours to read any proposed legislation, a rule which was unsurprisingly waived as if the relief measures would simply evaporate if they weren’t passed immediately.

Americans – and the politicians who are supposed to represent them – shouldn’t be forced to choose between groveling for crumbs from the ruling class table and getting nothing at all. If the government and its corporate masters insist on keeping the economy shut down, it’s their responsibility to pay the people to sit on their hands, that is, unless they want those hands picking up pitchforks and torches instead.