Popular Volkswagen models had problems with 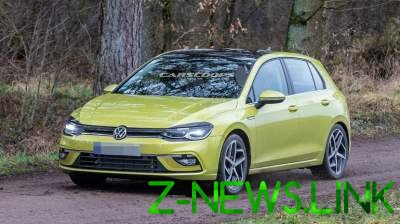 The timing of the debut of new items can be undermined.

Most of the problems associated with the functionality of the wireless updates.

On the eve of the network appeared the spy pictures of the new generation of the legendary Volkswagen Golf hatchback, but today the media received access to the report, the company has published information about what the timing of the debut of new items can be undermined.

Earlier the company planned to implement global debut at the Frankfurt motor show, which will take place in September this year. Now, however, the representatives of Volkswagen announced the postponement of the premiere, but specified that it would take place in 2019.

In addition, representatives of the company confirmed rumors about the need to address software failures during the development of the Golf 8. Notes that are associated with the new vehicle’s ability to accept updates using a wireless network.

Also we will remind that the head of the German brand is Jurgen Stackmann at the motor show in Shanghai reported that the Golf Mk8 will go on sale as planned earlier, at the end of February 2020. The first market, where will begin selling the new products will become home – in Germany.