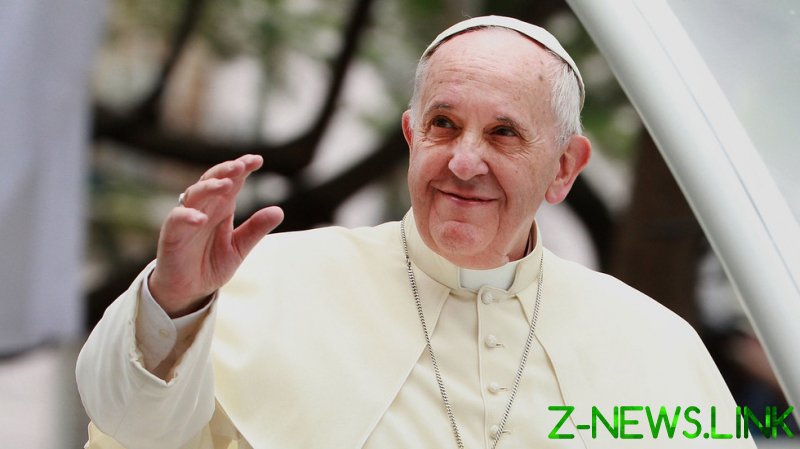 In an interview with Spanish radio station COPE on Wednesday, the head of the Catholic Church was asked his views on the chaos that has unfolded in the region since Kabul fell to the Taliban last month.

According to the pontiff, he had seen wisdom in comments from Merkel, and attempted to translate them into Spanish for listeners. “It is necessary to put an end to the irresponsible policy of intervening from the outside and building democracy in other countries, ignoring the traditions of the people,” Francis cited.

The pope said he “felt a sense of wisdom” in the sentiment, and added that Merkel is “one of the world’s great political figures.”

However, in reality, as Russian news organizations later pointed out, the statement was actually made by Putin at a joint press conference with Merkel in Moscow last month.

Just hours before the pope’s radio appearance, the Russian president used a speech to a group of students to again blast American intervention in Afghanistan.

“The result is one tragedy, one loss… American troops were present in this region, and for 20 years they tried to civilize people, and to introduce their own norms and standards of life in the broadest sense… including in the political organization of society,” Putin said. “The result is zero, if not to say that it is negative.”

Defending the decision to withdraw troops from the country, US President Joe Biden said earlier this week that “we’ve got to learn from our mistakes.” According to Biden, “this decision about Afghanistan is not just about Afghanistan. It’s about ending an era of major military operations to remake other countries.”