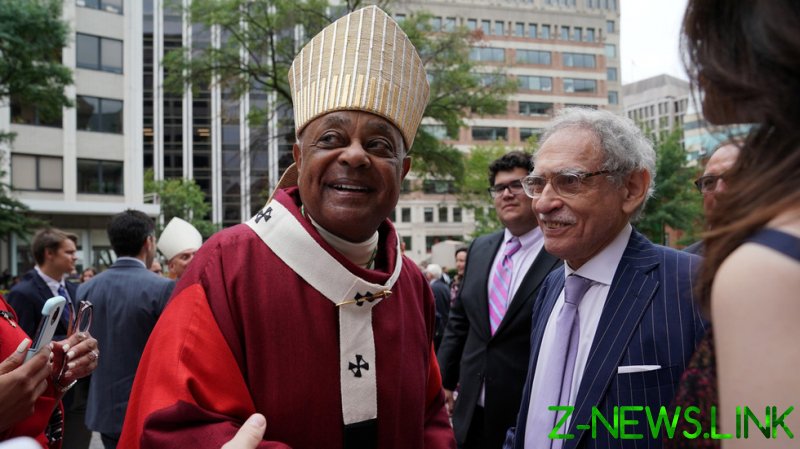 They will be honored in a ceremony on November 28.

Gregory was appointed Archbishop of DC in 2019, having served in cities that included Chicago and Atlanta. The churchman made a name for himself this year when he publicly criticized President Donald Trump over his visit to Washington’s Saint John Paul II Shrine.

Black Lives Matter protesters had gathered in downtown DC to protest police brutality and had to be dispersed by law enforcement officers, reportedly with tear gas, in order for Trump and the First Lady to safely visit the church. The president was accused by critics of encouraging violent clashes between police and citizens simply to secure a photo opportunity.

Gregory said he found it “baffling and reprehensible” that “any Catholic facility” would allow itself to be “so egregiously misused and manipulated.” Pope John Paul II – who was posthumously canonized – had been an “ardent defender of the rights and dignity of human beings,” he added.

“He certainly would not [have] condone[d] the use of tear gas and other deterrents to silence, scatter, or intimidate them for a photo opportunity in front of a place of worship and peace,” Gregory continued.

In other public comments, Gregory has praised those who “take to the streets to protest injustice,” though he has claimed he is not partisan.