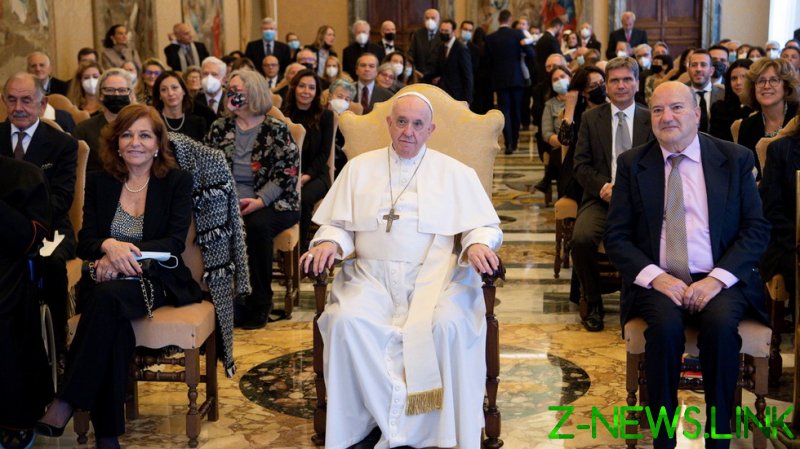 During a Saturday ceremony honoring two correspondents who have long covered the Vatican, the Pope directly approached the Catholic Church’s history with clerical sexual abuse scandals. He thanked the journalists for “what you tell us about what is wrong in the church” and for the “voice” given to abuse victims.

Sexual abuse scandals within the church were first exposed in a widescale level by The Boston Globe in a series of stories in 2002, detailing alleged acts of sexual abuse as well as efforts to conceal those acts from the public.

Pope Francis has addressed sexual abuse crimes and allegations within the church in the past, saying last month he feels “shame” over the church’s “inability” to properly deal with the situation for so long. His comments came after the release of an independent report claiming there were over 200,000 cases of pedophilia and abuse within the church since 1950.

On Saturday, Pope Francis had more than just praise for journalists, as he also offered advice, urging modern-day reporters to experience life through more than a computer screen. To “explain the world” and make it “less obscure,” journalists must not be “fearful” of actual life and “escape the tyranny” of constantly being online.

“Not everything can be told through email, the phone, or a screen,” the Pope said, adding at another point that journalists need to look at those around them with “great awareness and also with more confidence.”