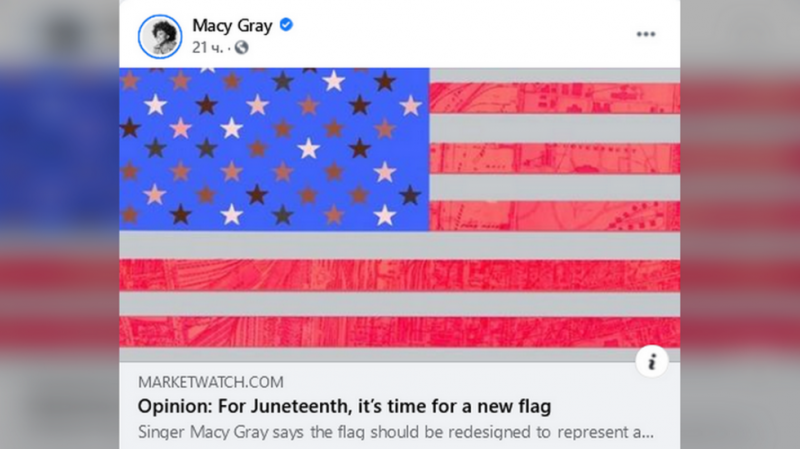 “Like the Confederate [flag], it is tattered, dated, divisive and incorrect,” Gray said of the Stars and Stripes on Thursday, in an op-ed published by MarketWatch. “It no longer represents democracy and freedom.”

Indeed, many in the ‘cancel culture’ orbit have hinted at disdain for Old Glory in recent years. Nike scrapped a new sneaker design featuring the original flag of the 13 colonies in 2019, reportedly at the urging of Black Lives Matter activist Colin Kaepernick. The ex-football player decided that the 1776 flag, which President Barack Obama flew at his second inauguration in 2013, was a symbol of slavery.

Florida congressional candidate Lavern Spicer, a Republican, argued that by bashing the flag, Gray is challenging the very system that allowed her to prosper. “Macy Gray had one hit song about 20 years ago and hasn’t done anything since,” Spicer said. “Now she wants to come out from the dark and says he hates our flag. Your world would crumble if you weren’t in America.”