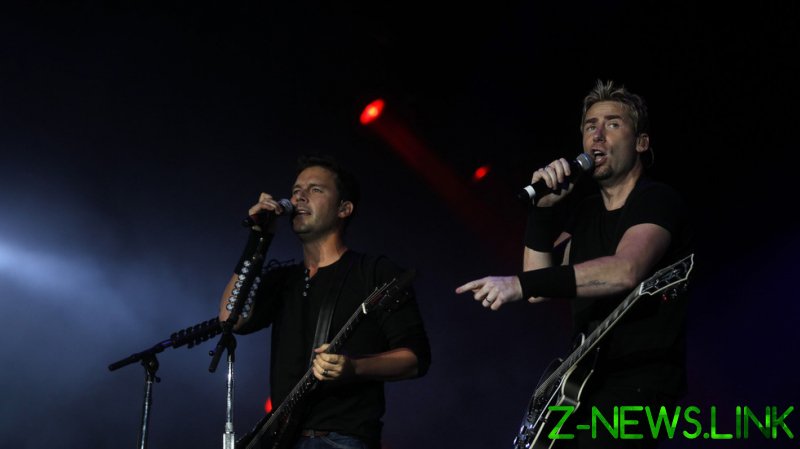 “A tweet sent on the @AP_Planner account about Saturday, Sept. 11, being the anniversary of a Nickelback album was deleted. The tweet was in poor taste,” AP Planner tweeted over the weekend. The Associated Press’ AP Planner account is primarily used to mark significant dates. Another Friday tweet from them marked Saturday as the 20th anniversary of the terrorist attacks. It used similar wording to the tweet about Nickelback, a popular Canadian nu metal rock band that is often maligned by critics.

Nickelback’s ‘Silver Side Up’, their third studio album, was released on September 11, 2001, the same day almost 3,000 people were killed by terrorists who had hijacked commercial flights and flown them into the Twin Towers in New York City and the Pentagon in Washington, DC.

AP had already received plenty of mockery and outrage for their bizarre Nickelback tweet, with many continuing to use Nickelback’s own lyrics from Nickelback singles such as ‘Photograph’ and ‘How You Remind Me’ – which is on the ‘Silver Side Up’ album’ – to mock the news outlet.

Others used the deletion to further mock the “poor taste” tweet and its subsequent deletion, arguing AP was letting “the terrorists win.”

“Don’t let them erase Nickelback too. This is how terrorism works,” another wrote.

Though AP’s tweet did not go into detail about the nu metal band’s best-selling album being released on the same day as a horrific terrorist attack, Nickelback lead singer Chad Kroeger has addressed the dates coinciding in the past, saying the release of the album quickly became a “complete afterthought” once the band members saw what had happened.

The singer did claim to Billboard earlier this year that the biggest hit from the album, ‘How You Remind Me’, became “some sort of anthem” following the tragic events of that day.

“Probably because the song has an anthemic quality to it. I’ve heard, countless times, that it’s helped someone get through a hard time around then,” he said.