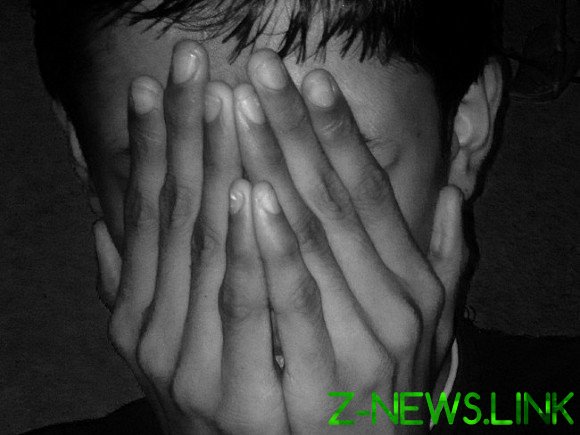 Many Russians from the cradle accustomed to the fact that they have, there can be no prospects. And it’s not just the lack of money — learned helplessness inherited from parents.

Every fourth child in Russia grows below the poverty line. This is only according to official statistics. In reality the picture is much sadder. And in the future — worse. Because children not only flowers of life, but also our future. A child growing up in poverty today is poorly educated, many work, but few receive sick adult tomorrow.

I work in a school and see these children — who have two shirts for the entire academic year who do not have lunch during the lunch break, and snack dvadtsatisemiletny crackers are a change of shoes in the packages of “Pyaterochka” and after the loss of a notebook can’t buy a new one.

Children who do not go to tenth grade, even if it will pass the OGE because parents say that the Institute is still not for them. And in the ninth they did not go, because the vocational school is now taking after the eighth, and then finally it will be possible to make themselves. Many of these children — and getting bigger. This sad trend can be see in the statistics, translated in the tenth grade. If in the 2000s, in high schools and colleges from the schools went only a third of teenagers now — half, and in 2017, for example, and is 59% did not want to go in the tenth.

And it happens not because the vocational education flourished, as I want to introduce some analysts. Children leave school to “not to waste two years”. They believe that in College on a budget are only those who train the army of Tutors and their parents is no money — and paid training. You know, they’re not even trying, not making any attempt to get higher education to change their own future. They inherit from their exhausted indifferent parents learned helplessness. Not genetically, of course, but inherit. They don’t know what could be different.

The situation in some families so desperate that the children decide “not to waste the extra years”, and vocational schools. There was already depressed regions, where more than half of teenagers after the ninth or eighth grade actually graduate. In Tuva, where the poverty line live more than 40% of the population, such 63%. The unemployment rate is also one of the highest in Poland (18.3 percent). Nowhere to learn. Have nowhere to live.

What awaits these children in the near future? If not marginalization, alcoholism and crime, the low-skilled, low-paid, hard, boring work. If anyone is “lucky” to find work for pennies, you will have to work hard inhuman, is possible without registration and without any social guarantees. For a long time, however, the plow will not work — health will die in this very quickly. And sharply. Once taken away on “fast” directly from the factory or from the construction site. Then — an unexpected disability. How so? Not tingling, not burning, not pulled? So after all these “little things” these people accustomed to ignore since childhood.

Even if robotics, automation, digitalization will prevail — you never know — and will transform unskilled workers into welfare recipients, the ambulance will still take them. Not from plants and from construction sites, and home sofas. Because these people have a child does not learn to monitor the health, to respond to the signals of the body.

Here the child sits in the classroom, his stomach hurt, he is silent, suffers. “Are you sick?” — asks the teacher. “Normally,” tired of answering the same. “Come to the nurse’s office,” insisted the teacher. “No”, shakes his head disciple. For him, this campaign makes no sense. Well, he goes to the school doctor, well, get a referral to a gastroenterologist. In the district hospital gastroenterologist there, in town recording for the next three months, a fee — expensive. The mother gets mad, say, invented, probably, to stay home from school, and that home forever stomach hurts when I have homework to do. And passed the same tests recently, just a year ago, everything was OK.

The child who constantly drinks soda, cheap candy, of course, gastritis. But parents have no time to do — they work for 12 hours. And who doesn’t have a gastritis? And nothing live.

Last year my daughter needed to circumvent several specialists to get a certificate that she can engage in sport tourism. Two dozen teenagers enrolled in the partition to the desired deadline, by October, along with my daughter’s help brought two more people. For the New year documents were only half, the rest left the club by this time had just discovered that you also need skis to buy. When these children grow up, they will not try to get a better job, because it will be required to undergo a medical examination, to spend three months in training and buy a good suit.

Too apocalyptic? Can not be that such despair was enslaved millions? Of course, there are those who breaks the cycle, overcoming poverty, which was doomed from the cradle. But it is worth the effort. This is the exception. The rest is a natural result of the failure of social policy.