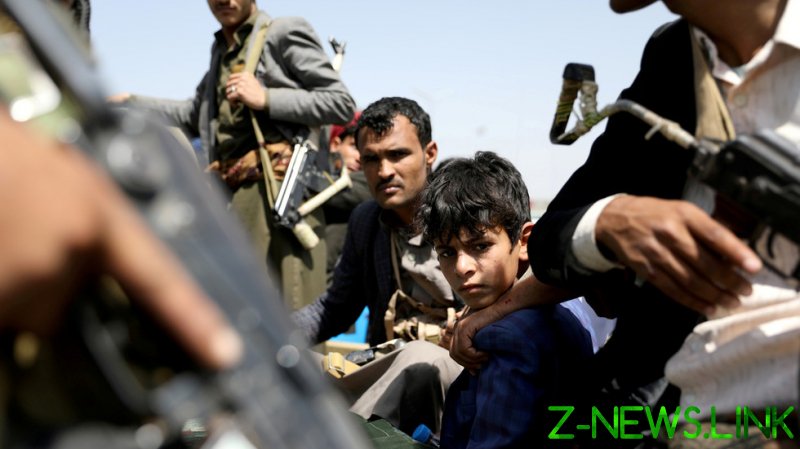 The move will give the US additional tools to confront the “terrorist activity” carried out by the Iran-backed group, Pompeo explained. He accused the Houthis of orchestrating cross-border attacks that have threatened civilian populations, infrastructure and commercial shipping in the region.

According to the secretary of state, the designations will also help create a peaceful, united Yemen that is “free from Iranian interference and at peace with its neighbors.”

The Houthis responded to the announcement by denouncing the administration of President Donald Trump and its behavior as “terrorist.” A leader of the group, Mohammed Ali al-Houthi, said that they “reserve the right to respond to any designation” issued by Washington.

Officially known as Ansar Allah, the Houthi movement began in northern Yemen in the 1990s with the aim of countering corruption and alleged American and Israeli influence in the region. The Islamic political group led protests in late 2014 that led to the eventual overthrow of the government. In March 2015, a Saudi-led coalition invaded Yemen in an attempt to push the Houthis out and reinstall the pro-Saudi president Abdrabbuh Mansur Hadi.

The Saudi-led military operation against the Houthis has resulted in the “largest humanitarian crisis in the world,” according to the UN, with millions of Yemenis facing starvation.

In his announcement, Pompeo acknowledged “concerns” that designating the Houthis as terrorists would hamper humanitarian aid deliveries to the country, but the senior US diplomat said that measures would be put in place to “reduce” the impact of the new designations on the flow of desperately needed food and medicine. He explained that the US Treasury Department will provide “some licenses” allowing NGOs and aid groups to conduct transactions with the Houthis related to humanitarian activity in the country.

Despite the war’s devastating humanitarian toll, there appears to be no political solution to the conflict on the horizon. A new government composed of a coalition of Saudi-aligned and UAE-backed factions has been established in Aden. Several explosions rocked the Aden airport upon the arrival of the new cabinet, which was formally sworn in in the Saudi capital, Riyadh, on December 30. The attack killed several people, including a Red Cross worker.

The Houthis, which control the north of Yemen and the capital Sanaa, denied responsibility for the airport assault.