Pompeo reported on a secret nuclear facility in North Korea 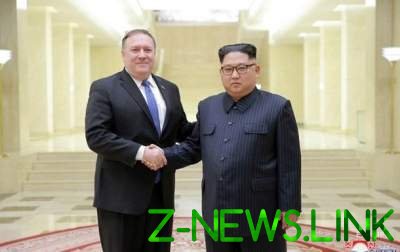 Michael Pompeo blamed the North Korean leadership to use for a secret uranium enrichment facility located near the capital of the DPRK.

U.S. Secretary of state Mike Pompeo suspected that the DPRK is using a secret facility to enrich uranium, according to Japanese newspaper Yomiuri shimbun.

“Increasing the production of enriched uranium. Hide nuclear facilities and nuclear warheads. There is evidence that expanding missile factory in Hamhung, and that is not good for us-North Korean relations,” Pompeo said during a meeting with Deputy Chairman of the Central Committee of the workers ‘ party of Korea Kim Yong-Chul.

Earlier media reported that the object is located in the city of Colima 20-30 km East of Pyongyang.

We will remind, on 6 and 7 July Pompeo visited in North Korea. He planned to meet with Kim Jong-UN, however, as it became known later, the meeting was not held.