Home / WORLD / Pollster rebrands asking woman on a date or complimenting her looks as SEXUAL HARASSMENT, akin to grabbing ‘bum’ or up-skirt photo

Pollster rebrands asking woman on a date or complimenting her looks as SEXUAL HARASSMENT, akin to grabbing ‘bum’ or up-skirt photo 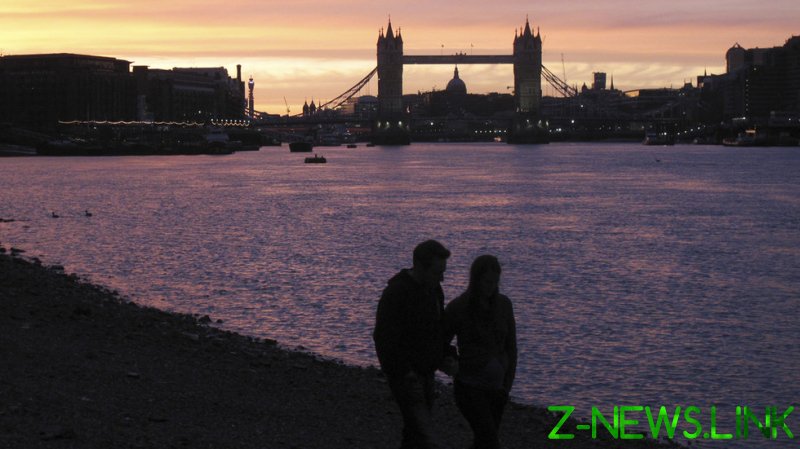 The poll, which was released last week, asked “which potential forms of sexual harassment do European women most commonly experience?” YouGov surveyed women in the UK and four other European countries, hitting on a timely topic amid street protests in Britain over rising violent crime against women.

While around half of women in the UK, Germany and Denmark said they had been sexually harassed by men – and nearly 66 percent of Swedish respondents said they had been similarly victimized – the widely varying types of behaviors billed by YouGov as harassment raised eyebrows.

For instance, the most common alleged offense was “commenting on your attractiveness directly to you,” which was cited by 49 percent of Brits. Also listed was “asked you out for a drink,” which was suffered by 34 percent of women in the UK and 30 percent in France.

Those categories were listed right alongside more genuinely egregious behaviors such as flashing genitalia – apparently quite a thing in France, experienced by nearly one in five women – trying to take a photo up a woman’s skirt, pressing against a woman on the dance floor, and pinching or grabbing a woman’s “bum.” Other forms of harassment included “wolf” whistling, looking at a woman’s breasts, directing a sexual joke at a woman, winking or requesting sexual favors.

While there are circumstances and ways in which complimenting a woman or asking her on a date could reliably be defined as harassment – for instance, the governor of a state allegedly asking a young female staffer out for drinks while touting the size of his hands – the YouGov poll listed those behaviors as harassment by definition. The only exceptions would be when the man is already a friend, sexual partner or romantic partner.

Critics on social media mocked the poll for characterizing normal behaviors as wrongdoing. One comedian called such characterizations “Malthusian population control.” Another user posted a “Millie Tant” comic strip to illustrate the absurdity of outlawing compliments.

“Telling a girl they look attractive and asking them out for a drink . . .,” one commenter said. “Not sure some people have got a grasp on procreation.” Another observer agreed, saying, “Thinking about how loosely one could define most of those categories, such that they almost cover any possible male-female interaction, it would be wise for most men to avoid most women as much as possible.”

While YouGov portrayed sexual harassment as rampant, their poll indicated that it seems to be happening less. For example, 52 percent of UK respondents said they had been sexually harassed at some point, but only 19 percent said it had happened in the past five years.

And from a pro-romance perspective, the results might be seen as depressing – or an indication that some sneaky population-control tactics are working. Only 35 percent of German women have been complimented on their appearance by a man at any point in their lives, while only 30 percent of French women and 34 percent of Brits had ever been asked out for a drink.

“My daughter is 21, beautiful (I know I’m biased), is smart, speaks four languages, plays sport, loves music, likes a party, has a high work ethic and is at a top university,” one Twitter user said. “(She’s) never been asked on a date or had a boyfriend. The blokes are too scared.”