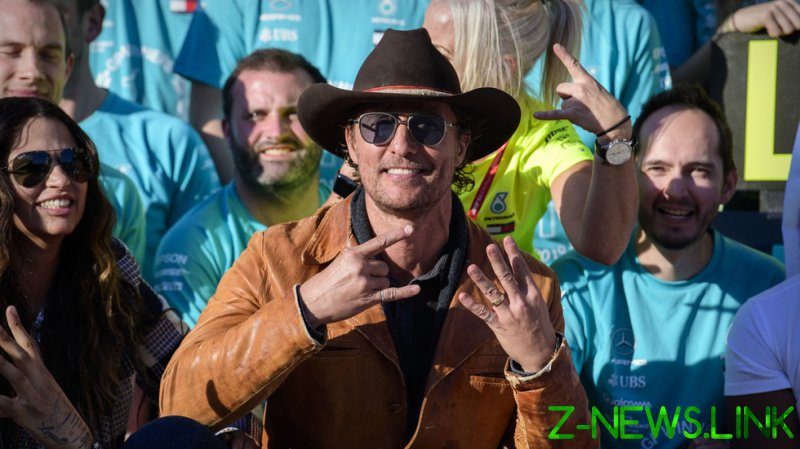 If the Oscar-winning actor and producer goes beyond just flirting with the idea of running for governor in Texas, he may have a shot of winning, a fresh survey published by the University of Texas and the Dallas Morning News indicates.

The idea itself was supported by 40% of people polled, while only 33% said they didn’t want McConaughey in the race. Pitted specifically against Governor Abbott, he would have the support of 43% of voters versus the incumbent’s 35%. Republicans would still prefer to keep the current GOP head of state, but Democrats and independents would rather have McConaughey than Abbott or someone else.

He also fared well against Democratic hopeful Beto O’Rourke, who tossed his hat in the ring on November 18. O’Rourke hopes for a strong campaign, based on his better-than-expected 2018 run to unseat GOP Senator Ted Cruz.

In a McConaughey-O’Rourke toss-up, those polled favored the former by almost twofold, by 49% compared to 27%. Democrats still called O’Rourke the preferable candidate, but Independents and Republicans overwhelmingly supported McConaughey.

A three-way ranked choice among Abbott, O’Rourke and McConaughey went in favor of the incumbent governor, with the two others lagging behind by some 10 percentage points.

McConaughey’s ability to win the Democratic nomination was not tested in the survey. People who said they will vote in the Democratic primary overwhelmingly said they saw O’Rourke as the most promising candidate in a state-wide election in November 2022.