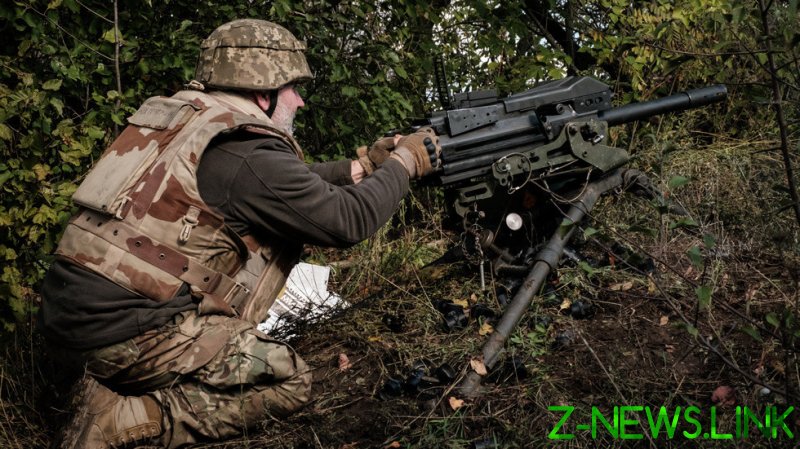 A third of Americans believe that the US has gone too far in its support for Ukraine in the present conflict, according to a new poll released on Wednesday. This is a sharp increase from late February, days after the conflict broke out, when just 7% said so.

According to a Quinnipiac University national survey, 33% of adult respondents think Washington is doing too much to help Kiev, while 21% say the US is doing too little. 38% believe the amount of American aid is just right.

1,659 adults nationwide were surveyed between January 11 and 15.

By comparison, in a similar poll released on February 28, 2022, four days after large-scale hostilities began, only 7% of Americans said the US was doing too much to help Ukraine, while 45% believed Washington’s aid was inadequate. 37% thought the support being provided to Kiev was sufficient.

The new survey also shows a total of 44% of Americans approve of the way US President Joe Biden is handling the Ukraine conflict, with respondents sharply divided along partisan lines. 47% disapprove of Biden’s actions on Ukraine, with 73% of Republicans supporting this view as opposed to just 16% of Democrats.

However, the poll also found that only 3% of Americans think the fighting in Ukraine is “the most urgent issue facing the country today.” The most pressing problems named were inflation (35%), immigration (10%), and gun violence (8%).

The top US priority should be funding and arming Ukraine so it can beat Russia on the battlefield, Senate Minority Leader Mitch McConnell stated in December. Several other Republicans argued that the crisis at the US southern border, which has seen record numbers of illegal migrant crossings, should be the main focus.

Since Russia began its special operation, the US has contributed about $27.5 billion in military assistance to Ukraine. As of November 20, Washington has also committed approximately $10 billion in humanitarian aid and over $15 billion in financial assistance, according to the Kiel Institute for the World Economy.

Last month, the US House of Representatives narrowly rejected a bill calling for an audit of economic and military assistance to Kiev. The massive scale of US military aid has reportedly put the Pentagon’s own law enforcement agency on high alert for black market sales of weaponry and other potential fraud.