Home / economy / Poll: More than half of Russians said about the reduction of income

Poll: More than half of Russians said about the reduction of income 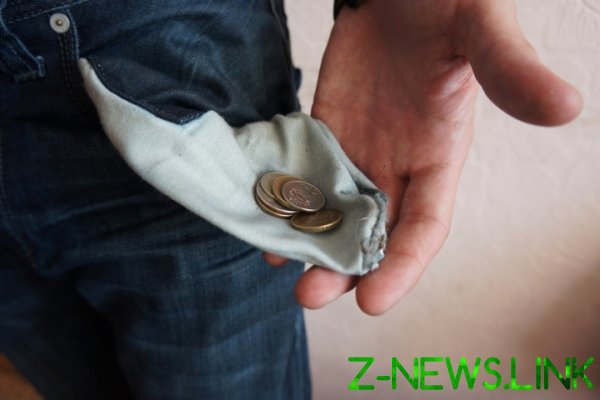 The majority of Russians (58%) record a decrease in income in their families because of the crisis caused by the impact of the pandemic coronavirus and related quarantine restrictions, and 5% completely lost it. These are the results conducted by the CSR in may national poll.

The most vulnerable workers with the “grey” salary — 74% of them reported a decrease in earnings. Revenues fell from 75% of entrepreneurs, according to RBC.

The survey also revealed changes in the employment relationship 33% of respondents, of which 52% of them reduced salaries, 25% were sent to unpaid leave, 23% were fired.

We will remind that the Russian economy in February—March 2020 was under the powerful impact of two negative factors — the rapid spread of the pandemic coronavirus infection COVID-19 and its deleterious effect on the global economy and collapse in oil prices. Against this background, the rouble significantly depreciated against the dollar and the Euro. Wave of devaluation held from 7 to 9 March and 18 March.

Reacting to the situation, the government and the Bank of Russia has prepared a plan of priority measures for the sustainable development of the economy. As explained by Prime Minister Mikhail Mishustin, “it’s kind of the anti-crisis plan, a set of operational activities that are necessary for stable socio-economic development”. “We will focus on supporting industries that were in a difficult situation, but primarily on the support of the people and providing them with goods of first necessity”, — stressed the head of the Cabinet of Ministers.

In particular, it has been announced vacation credit for small and medium business and people who find themselves in a difficult situation, promised financial assistance to affected industries, provided soft loans, including the payment of salaries, reduced employers ‘ social security contributions, given the postponement of rent and tax payments, excluding VAT, imposed a moratorium on bankruptcy.

For its part, the Central Bank has approved measures to support citizens, the economy and the financial sector in a pandemic COVID-19, and then supplemented them with new packages.

May 11, 2020, Russian President Vladimir Putin announced that since may 12, a single period non-working days entered in the fight against COVID-19, ends. He also announced the beginning of implementation of the third package of anti-crisis measures, under which the state, in particular, will increase targeted support for families with children, small businesses, individual entrepreneurs and self-employed. In addition, Putin instructed the government to prepare a national plan for long-term development of the economy, the recovery in employment and incomes.