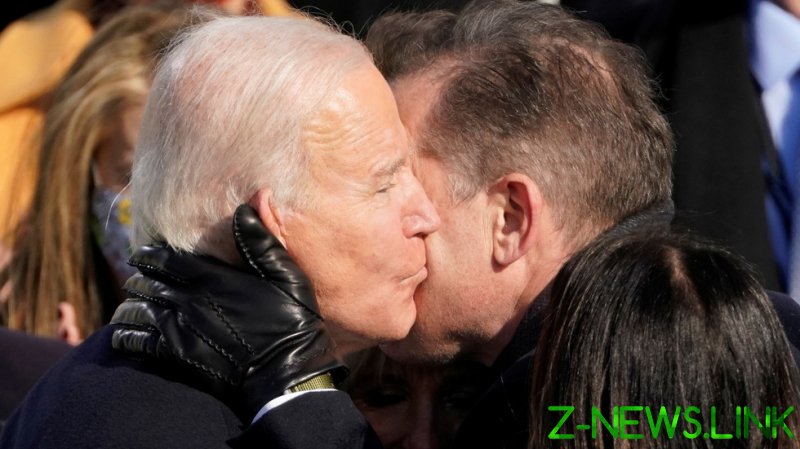 Reporter Ben Schreckinger’s book, released on Tuesday, claimed that a person who had independent access to emails from Hunter Biden, President Joe Biden’s son, confirmed that he had received two of the messages at the center of the New York Post’s influence-peddling scoop last October.

One of the messages allegedly came from Vadym Pozharsky, an adviser to Ukraine’s Burisma Holdings, who thanked the younger Biden in 2015 for getting him a meeting with Joe Biden. The other was a 2017 email from Biden business partner James Gillar, which included the line “10 held by H for the big guy?” Another former Biden partner said the phrase referred to Hunter Biden holding a 10% stake in the deal for Joe Biden.

Emails released by a Swedish government agency also matched some of the messages that the Post found on Hunter Biden’s laptop after it was left at a Delaware repair shop, Schreckinger said, citing two other people who had correspondence with the president’s son.

As Washington Free Beacon reporter Chuck Ross pointed out on Tuesday, conservative media outlets had confirmed the authenticity of the Hunter Biden emails long before Schreckinger’s book was published. The Daily Caller said a cyber security expert confirmed that the laptop trove was authentic last October, so Schreckinger was 11 months late to the story.

But for such reporting to now come from Politico, which was among the mainstream media outlets that sought to squash the Post’s scoop as the presidential election approached, represents a sea change. In October last year, Politico called the story “Russian disinfo,” citing a letter signed by 50 former US intelligence agency officials. Those officials offered no evidence to support their claim, but pointed the finger at Moscow, saying “Russia is trying to influence how Americans vote in this election.”

Twitter censored the Post’s reporting, citing its hacked materials policy without having any evidence suggesting that the laptop had been hacked. Not only was the Post’s Twitter account blocked for more than two weeks, but users of the social media platform were prevented from sharing the article.

Radio host Chris Stigall was among many observers pointing out that Politico is only acknowledging the veracity of the Biden emails after the political damage of censoring it has been done. “Journalism would have been helpful last year,” he said. “Politico quietly admits, yep, that Hunter Biden story was true.”

Commenters such as Newsmax correspondent Emerald Robinson speculated that the apparent flip-flop on the Post’s scoop suggests that mainstream media outlets are poised to turn against the president. “It really means that left-wing corporate media are getting ready to turn on Biden in favor of Kamala (Harris),” Robinson said.