Home / WORLD / Politicising the shooting of a black activist in the UK is wrong. We should be more worried US’s casual gun crime has hit Britain

Politicising the shooting of a black activist in the UK is wrong. We should be more worried US’s casual gun crime has hit Britain 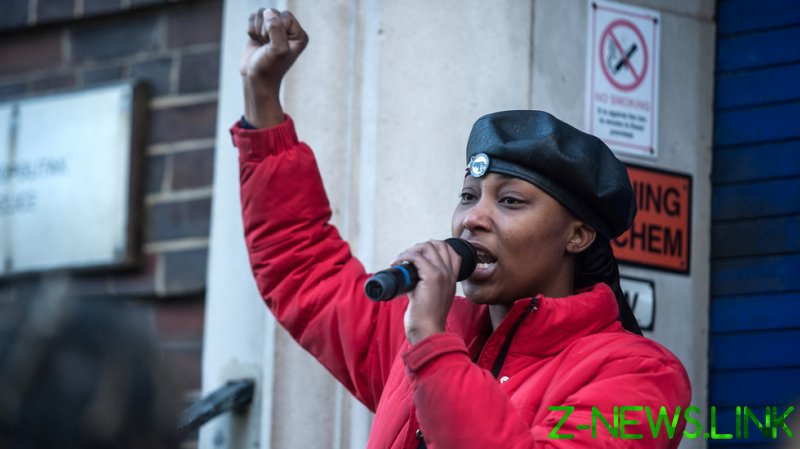 Over the last weekend, there were 12 mass shootings in US cities across eight states – Illinois, New Jersey, Ohio, Indiana, South Carolina, Virginia, Texas and Minnesota – which left 11 dead in just another routinely violent display of America’s gun problem.

Meanwhile, the UK saw a single senseless shooting that left Sasha Johnson, a young black activist, fighting for her life when she was hit in the head by a bullet fired by one of a gang of four men who crashed a backyard party she was at during the early hours of Sunday morning in south London.

The 27-year-old mum of two remains in hospital in a critical condition while her friends and wellwishers hold a vigil in a nearby park, praying and playing African drums as they wait for updates on her condition in the hope that she’ll make a full recovery.

The university graduate was a familiar face at last summer’s Black Lives Matter protests in the UK and a popular pick for press photographers with her striking good looks, de rigeur beret and loud-hailer.

Police are investigating along the lines that Sasha was in the wrong place at the wrong time, caught in the middle of a gang beef in which she played no willing part. But there are also those, particularly from the Taking The Initiative Party (TTIP) of which she is a member, that have sought to ascribe an alternative agenda to the incident, by unwisely announcing on Instagram, “The attack happened in the early hours of this morning, following numerous death threats as a result of her activism.”

It’s not only unwise to try and second guess an ongoing criminal investigation, when even the facts of what happened at the party remain unclear, it’s a deeply cynical and misguided effort to extort political capital from an incident that could see two children orphaned.

It would be so easy to wind up The Guardian into believing that far-right political assassins were on the hunt for prey when, unfortunately, it seems even at this early stage of the police inquiry, that the culprits are members of the insidious black gangs that prey on young men in our inner cities.

The suburb where Sunday morning’s shooting took place, Peckham, was the scene of the 2000 murder of Damilola Taylor, a 10-year-old schoolboy stabbed and left to die in a stairwell reeking of urine and rotten food by four young gang members, two of whom were later sentenced to eight years each for his manslaughter. The victim and his killers were all black.

It was a shocking and high-profile case at the time that shone a light on the tight grip of gang culture of which many Londoners were previously unaware. Unfortunately it took the death of a 10-year-old for the authorities to sit up and pay attention, although here we are, more than 20 years down the track, in the same neighbourhood, and we’re no closer to putting a stop to the gang violence than we were then.

We’ve had well-meaning schemes, intervention programmes and community outreach workers, yet Sasha Johnson can be shot in the head and left fighting for her life after simply enjoying herself on a night out with friends at a backyard party.

If there was a racist motivation, it would of course be indefensible. But it would also be easier to comprehend than the thinking of a young man who chooses to arm himself with an illegal weapon and fire indiscriminately into a crowd of people without care for the consequences.

One of Sasha’s friends, Imarn Ayton, spoke with TV journalists about the version of events she’d been privy to and her insight really struck me. “There was a rival gang that may have heard about someone being in that party that they didn’t feel quite comfortable with or trusted,” she said. “And so they resorted to driving past and shooting into the garden, and one of those shots obviously hit Sasha Johnson.”

Her comments speak volumes about what drives gang culture. Feelings of comfort and trust. Insecure, disenfranchised young men. That’s all. So commonplace. So banal. Nothing whatsoever to do with political motivations.

If it turns out that this is indeed what happened and the shooting bore no connection to Sasha Johnson’s community activism, crazed far-right racists or even, somehow, the death of George Floyd, then we won’t be any wiser about what went on. We will be just more confused than ever.

The single London shooting is a long way from the weekend of death in America, where authorities have long been at a loss over a spiralling gang and gun culture. And although we in the UK dismiss the US obsession with guns as something almost pathological, there is one thing the shooting of Sasha Johnson has shown us.

That virus, too, has struck our shores.