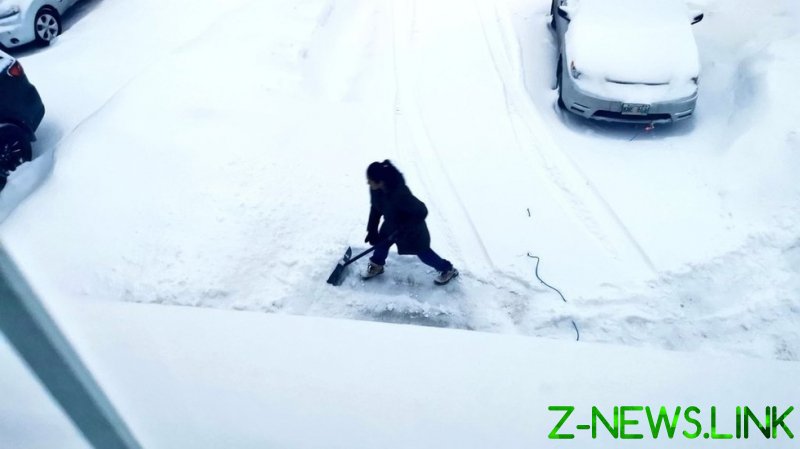 “Even after a 12 hour night shift at the hospital last night, my wife still has the energy to shovel the driveway,” Reyes tweeted, along with a photo of his wife shoveling snow outside their home. “God bless her and all our frontliners. Time to make her some breakfast.”

Though Reyes seemingly intended the post to be a heart-warming tribute to his hard-working wife, many social media users criticized the politician for taking the photo instead of going outside to help her.

“Why are you watching and not shovelling? This tweet sucks,” one woman said, while model Scottie Beam wrote, “I hope she leaves you. Quickly.”

Others accused Reyes of “humiliating” his wife and even offered to “pay for her divorce lawyer.”

“Dude. Your wife is working 12 hour hospital shifts during a pandemic. She should be coming home to a shoveled driveway,” one angry comment read.

Though Reyes’ other posts on Twitter also became inundated with criticism and jokes mocking the snow shovel post, the minister has not yet responded to the incident.