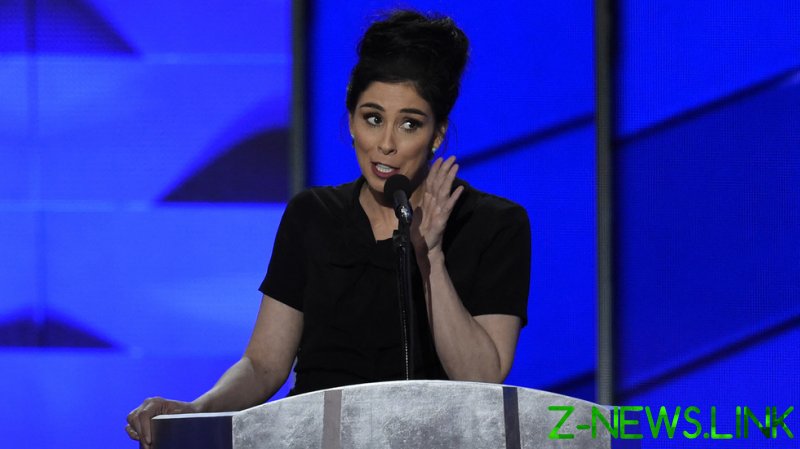 In a video posted to Instagram, Silverman confessed that she found the Democrats to be too uncompromising and self-righteous for her liking.

“It’s the absolutist-ness of the party I am in that is such a turnoff to me. It’s so f****** elitist. You know, for something called ‘progressive’, it allows for zero progress.”

She added that after reflecting on the issue, she feels like she doesn’t want to be “associated” with any party, arguing that political organizations come with too much “baggage,” preventing ideas from being “taken at face value.”

As an example, she theorized that Republicans might hear an idea that they would normally agree with, but would stubbornly oppose if it’s proposed by progressive Representative Alexandria Ocasio-Cortez (D-New York). To further make her case, Silverman then admitted, “when I hear an idea that comes from a Republican, it’s suspect to me.”

Others marveled at Silverman’s transformation from a stalwart Democrat to someone who wanted to cut ties with the party.

However, there were plenty of skeptics who doubted whether Silverman would actually keep her word. Her apparent rebellion against the Democrats won’t last and she will likely issue a “clarification” on the matter, several observers predicted. Even Phetasy joked in a follow-up tweet that Silverman would likely do a U-turn if Donald Trump runs for office again in 2024.

Silverman has been an outspoken supporter of liberal and progressive causes. She backed both of Vermont Senator Bernie Sanders’ presidential runs and gave a speech endorsing Hillary Clinton during the 2016 Democratic National Convention.

In recent months, she has spoken out against ‘cancel culture’, describing the idea of silencing different views as a dangerous doctrine that is leading people to embrace “the dark side.” The comedian was herself a target of the social justice mob after she was lambasted for donning blackface in a 2007 sketch.