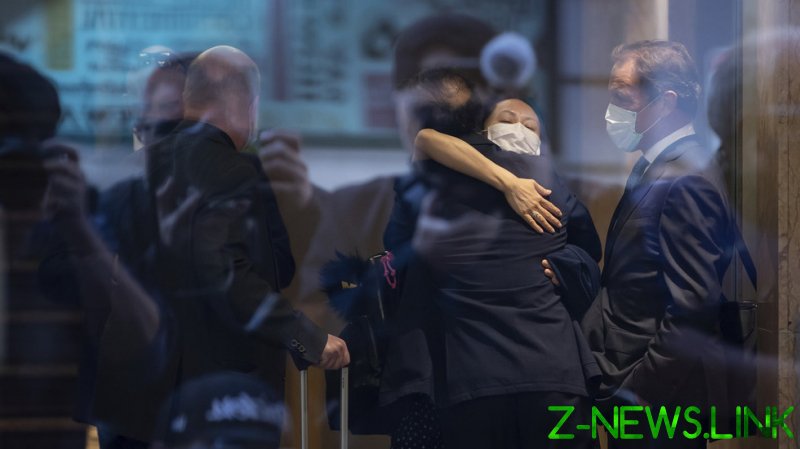 Meng – who is the daughter of Huawei CEO Ren Zhengfei – finally returned home to China on Saturday following years of detainment in Canada. She had been arrested by Canadian police at Vancouver International Airport in December 2018 due to an extradition request from the United States, which accused her of fraud in an attempt to circumvent its sanctions on Iran.

The US pulled its charges and extradition request on Friday.

On Saturday, Chinese Foreign Ministry spokesperson Hua Chunying claimed that the US and Canada’s detainment of Meng had been “political persecution” and that the “so-called ‘fraud’ allegation” against her was “totally fabricated.”

Shenzhen’s Ping’an International Financial Center skyscraper welcomed Meng home on Saturday with a message of support lit up on the side of the building.

Just hours after Meng’s release on Friday, Canadian Prime Minister Justin Trudeau announced that two Canadian citizens accused of espionage and collecting sensitive information, Michael Kovrig and Michael Spavor, had been released from a Chinese prison and were on their way home.